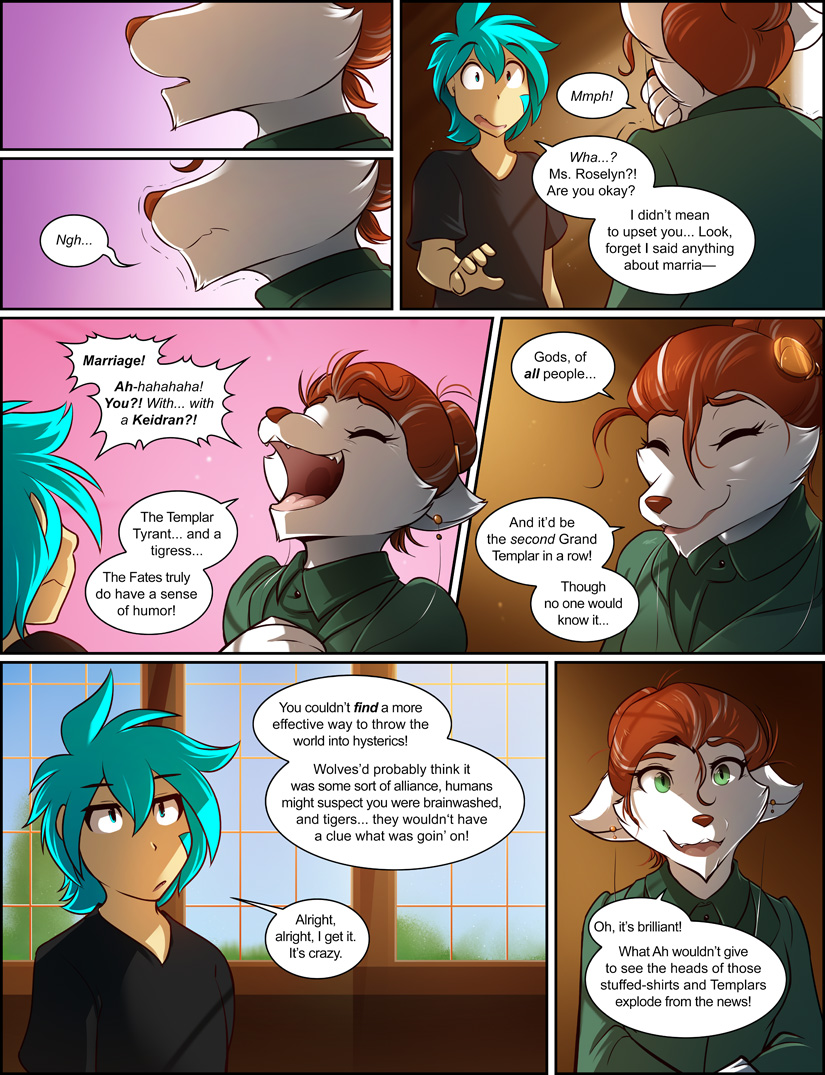 Trace: Wha…? Ms. Roselyn?! Are you okay? I didn’t mean to upset you… Look. forget I said anything about marria—

Roselyn: The Templar Tyrant… and a tigress… The Fates truly do have a sense of humors!

Roselyn: Gods, of all people…

Roselyn: And it’d be the second Grand Templar in a row! Though no one would know it…

Roselyn: You couldn’t find a more effective way to throw the world into hysterics! Wolves’d probably think it was some sort of alliance, humans might suspect you were brainwashed, and tigers… they wouldn’t have a clue what was goin’ on!

Trace: Alright, alright, I get it. It’s crazy.

Roselyn: Oh, it’s brilliant! What Ah wouldn’t give to see the heads of those stuffed-shirts and Templars explode from the news!