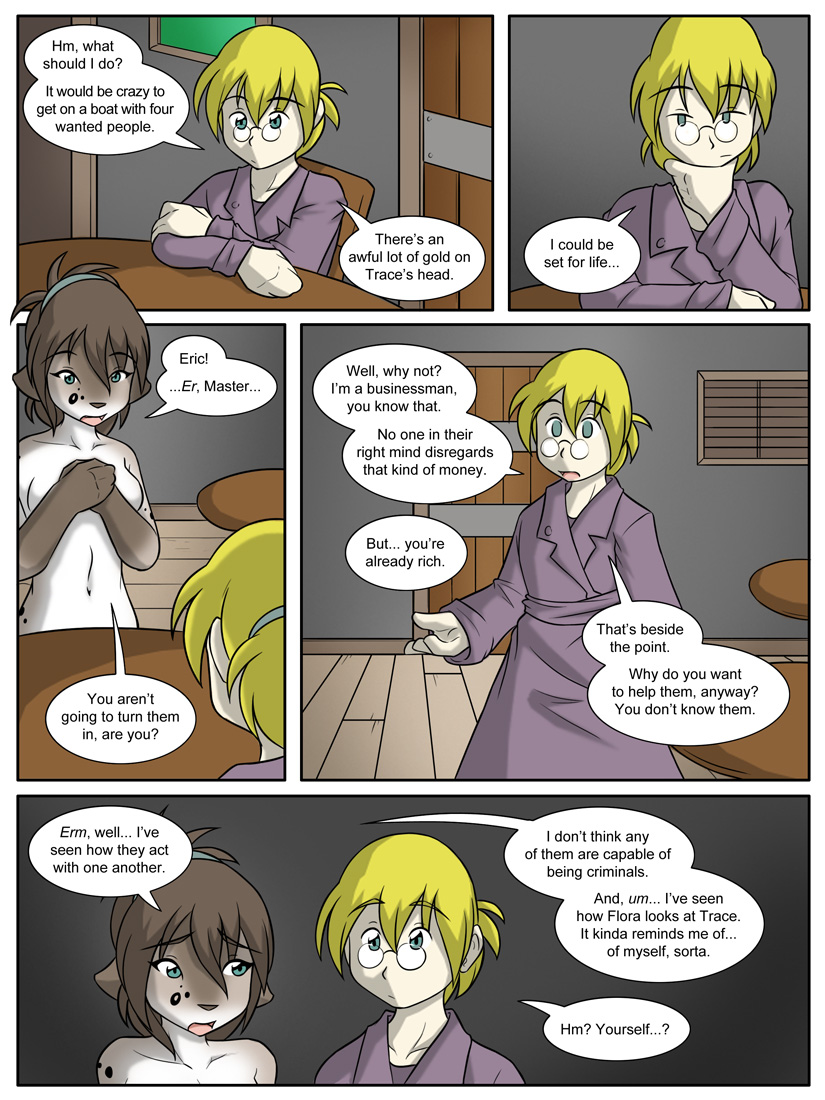 Eric: Hm, what should I do? It would be crazy to get on a boat with four wanted people.

Eric: There’s an awful lot of gold on Trace’s head.

Eric: I could be set for life…

Kat: You aren’t going to turn them in, are you?

Eric: Well, why not? I’m a businessman, you know that. No one in their right mind disregards that kind of money.

Eric: That’s beside the point. Why do you want to help them, anyway? You don’t know them.

Kat: Erm, well… I’ve seen how they act with one another.

Kat: I don’t think any of them are capable of being criminals. And, um… I’ve seen how Flora looks at Trace. It kinda reminds me of… of myself, sorta.