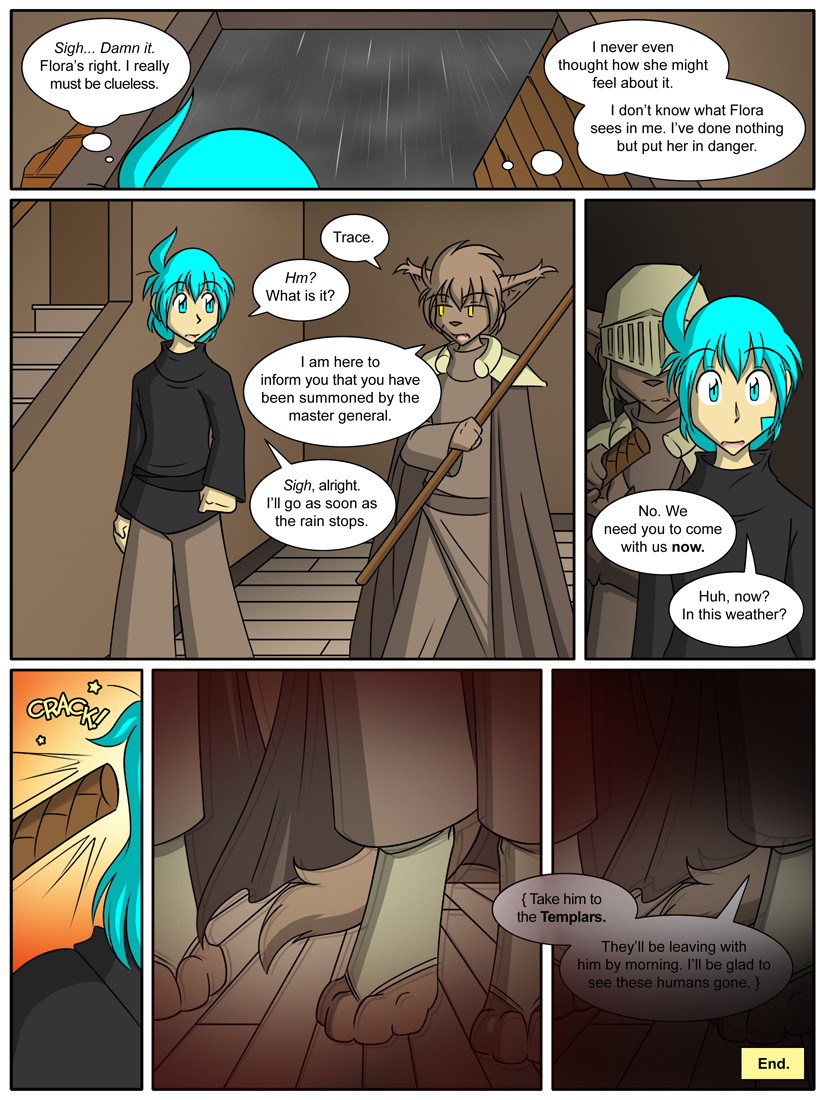 Trace: (thoughts) Sigh… Damn it. Flora’s right. I really must be clueless.

Trace: (thoughts) I never even thought how she might feel about it. I don’t know what Flora sees in me. I’ve done nothing but put her in danger.

Basitin Soldier: I am here to inform you that you have been summoned by the master general.

Basitin Soldier: No. We need you to come with us now.

Trace: Huh, now? In this weather?

Basitin Soldier: (in Basitin) Take him to the Templars. They’ll be leaving with him by morning. I’ll be glad to see these humans gone.