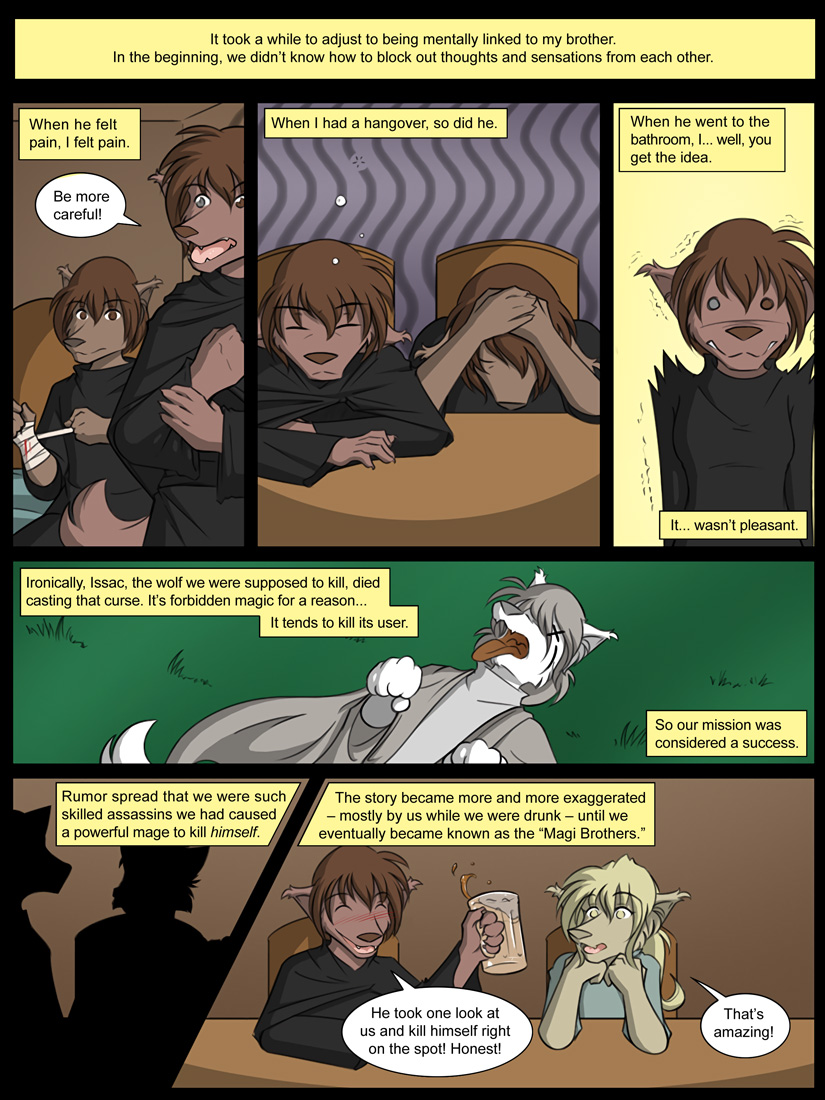 Natani: It took a while to adjust to being mentally linked to my brother. In the beginning, we didn’t know how to block out thoughts and sensations from each other.

Natani: When I had a hangover, so did he.

Natani: When he went to the bathroom, I… well, you get the idea.

Natani: Ironically, Issac, the wolf we were supposed to kill, died casting that curse. It’s forbidden magic for a reason… It tends to kill its user.

Natani: So our mission was considered a success.

Natani: Rumor spread that we were such skilled assassins we had caused a powerful mage to kill himself.

Natani: The story became more and more exaggerated — mostly by us while we were drunk — until we eventually became known as the “Magi Brothers.”

Natani: He took one look at us and kill himself right on the spot! Honest!