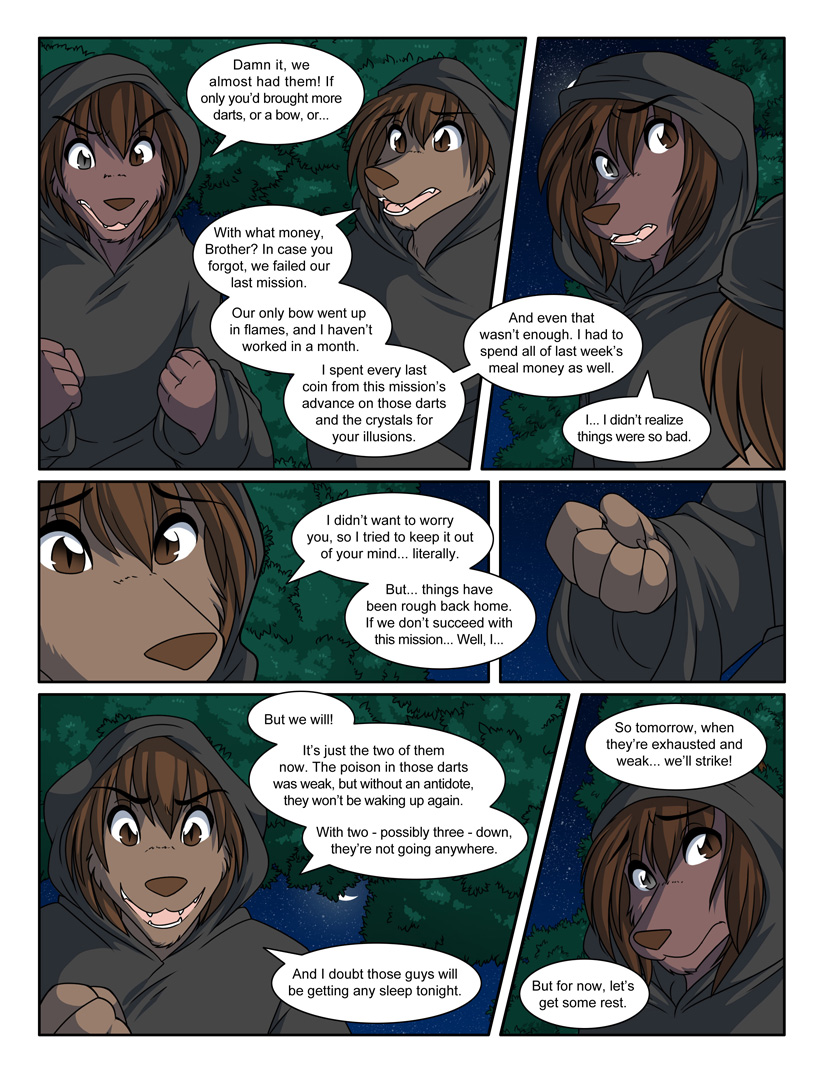 Natani: Damn it, we almost had them! If only you’d brought more darts, or a bow, or…

Zen: With what money, Brother? In case you forgot, we failed our last mission. Our only bow went up in flames, and I haven’t worked in a month. I spent every last coin from this mission’s advance on those darts and the crystals for your illusions. And even that wasn’t enough. I had to spend all of last week’s meal money as well.

Natani: I… I didn’t realize things were so bad.

Zen: I didn’t want to worry you, so I tried to keep it out of your mind… literally. But… things have been rough back home. If we don’t succeed with this mission… Well, I…

Zen: But we will! It’s just the two of them now. The poison in those darts was weak, but without an antidote, they won’t be waking up again. With two — possibly three — down, they’re not going anywhere.

Zen: And I doubt those guys will be getting any sleep tonight.

Zen: So tomorrow, when they’re exhausted and weak… we’ll strike!

Zen: But for now, let’s get some rest.