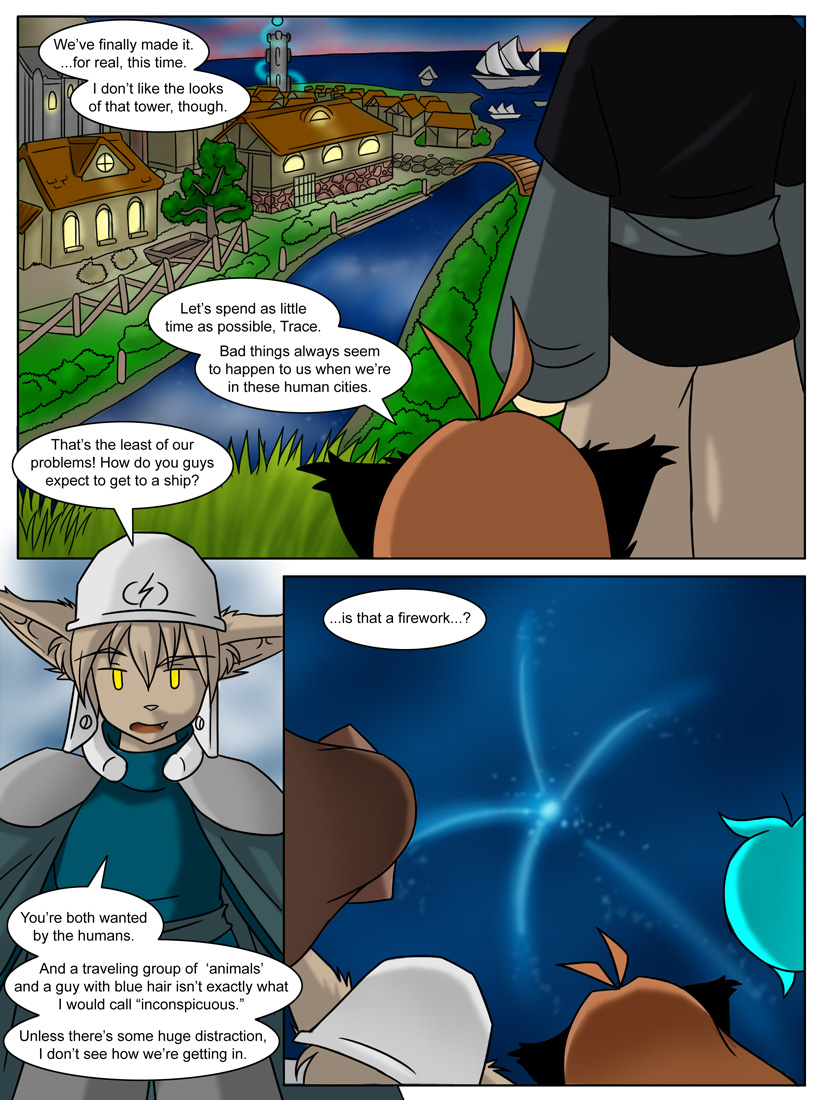 Trace: We’ve finally made it. …for real, this time. I don’t like the looks of that tower, though.

Flora: Let’s spend as little time as possible, Trace. Bad things always seem to happen to us when we’re in these human cities.

Keith: That’s the least of our problems! How do you guys expect to get a ship?

Keith: You’re both wanted by the humans. And a traveling group of ‘animals’ and a guy with blue hair isn’t exactly what I would call “inconspicuous.” Unless there’s some huge distraction, I don’t see how we’re getting in.

Group Member: …is that a firework…?