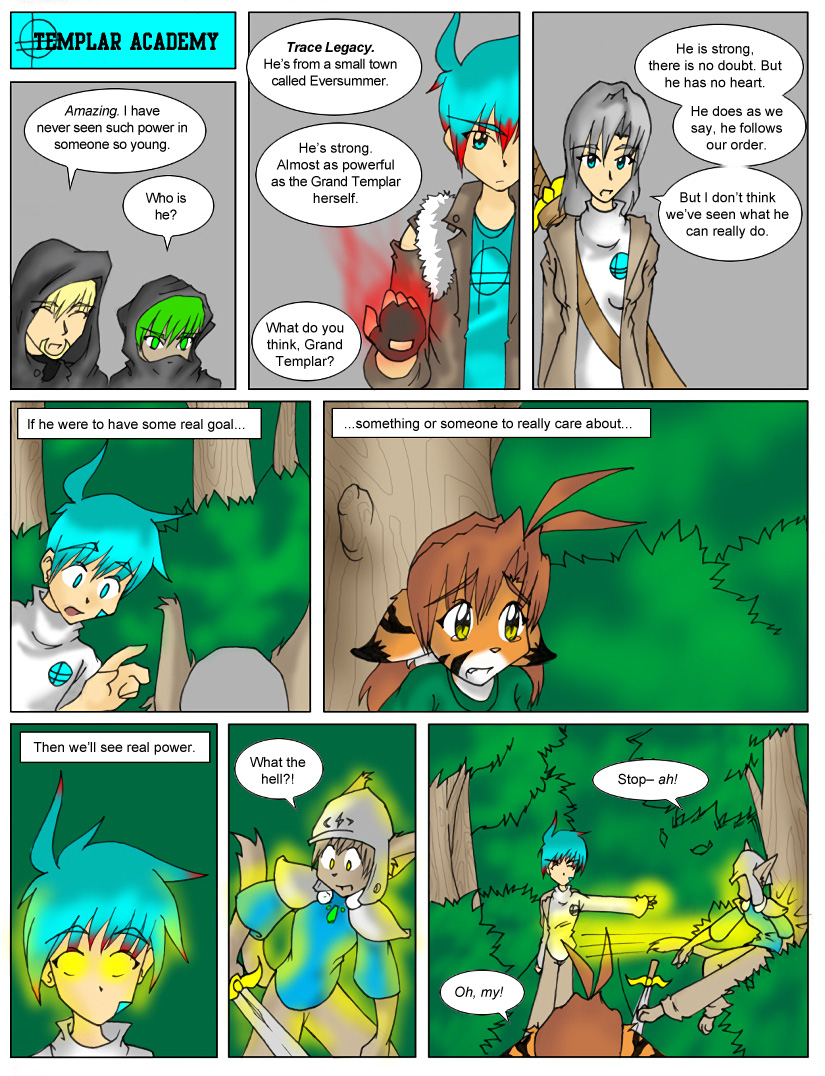 Academy Member 1: Amazing. I have never seen such power in someone so young.

Academy Member 2: Who is he?

Academy Member 2: He’s strong. Almost as powerful as the Grand Templar herself.

Academy Member 1: What do you think, Grand Templar?

Mary: He is strong, there is no doubt. But he has no heart. He does as we say, he follows our orders. But I don’t think we’ve seen what he can really do.

Mary: If he were to have some real goal…

Mary: …something or someone to really care about…

Keith: What the hell?!