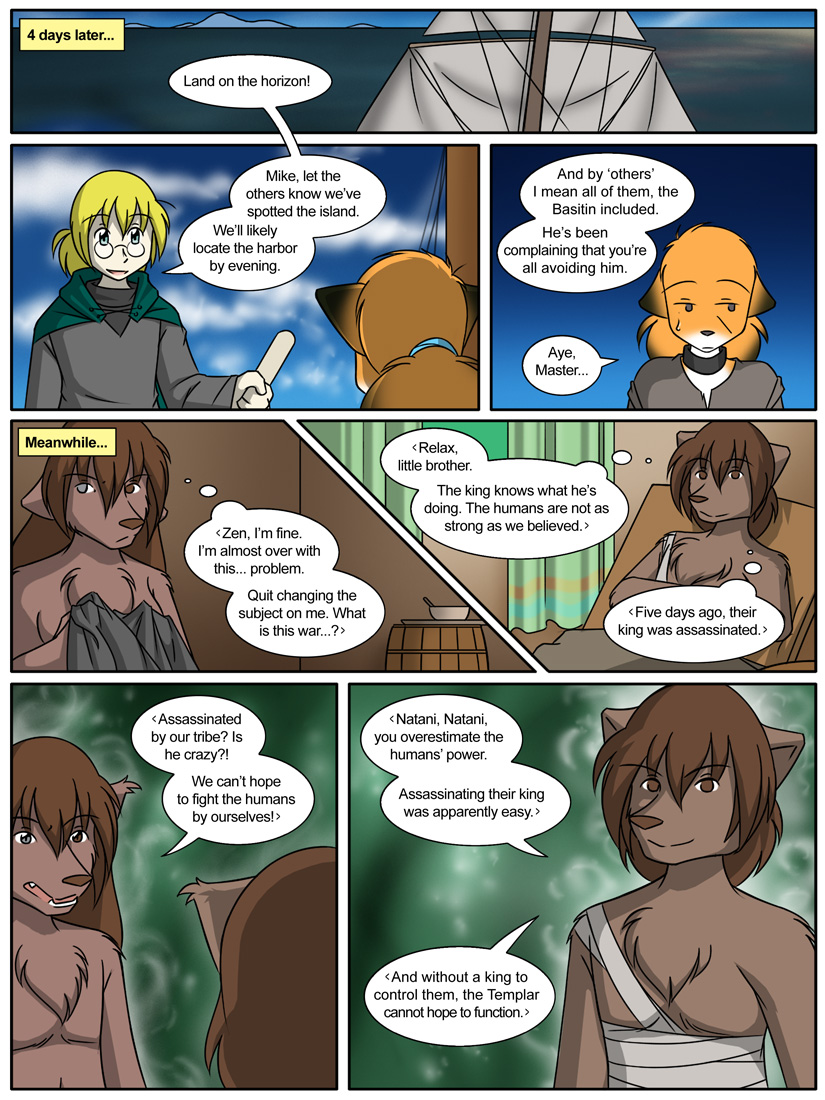 Eric: Land on the horizon!

Eric: And by ‘others’ I mean all of them, the Basitin included. He’s been complaining that you’re all avoiding him.

Natani: (thoughts) Zen, I’m fine. I’m almost over this… problem. Quit changing the subject on me. What is this war…?

Zen: (thoughts) Relax, little brother. The king knows what he’s doing. The humans are not as strong as we believed.

Zen: (thoughts) Five days ago, their king was assassinated.

Natani: (in Keidran) Assassinated by our tribe? Is he crazy?! We can’t hope to fight the humans by ourselves!

Zen: (in Keidran) Natani, Natani, you overestimate the human’s power. Assassinating their king was apparently easy.

Zen: (in Keidran) And without a king to control them, the Templar cannot hope to function.