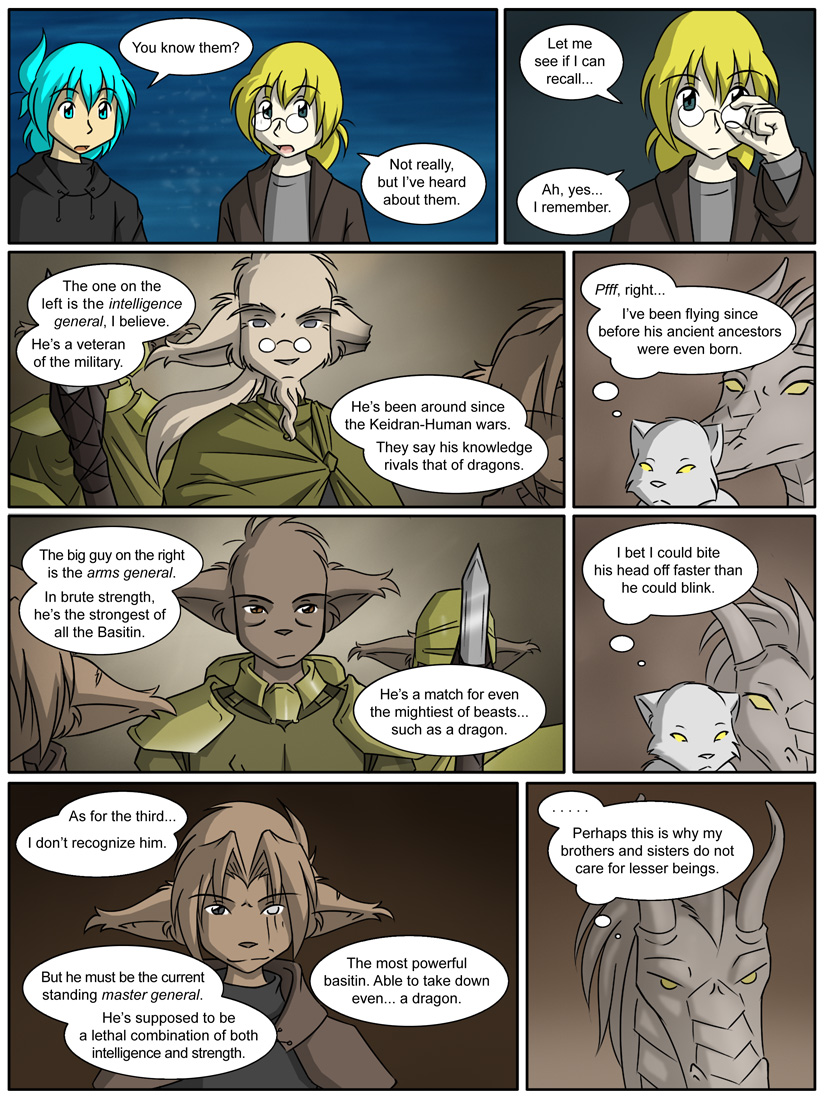 Trace: You know them?

Eric: Not really, but I’ve heard about them.

Eric: Let me see if I can recall…

Eric: The one on the left is the intelligence general, I believe. He’s a veteran of the military.

Eric: He’s been around since the Keidran-Human wars. They say his knowledge rivals that of dragons.

Nora: (thoughts) Pfff, right… I’ve been flying since before his ancient ancestors were even born.

Eric: The big guy on the right is the arms general. In brute strength, he’s the strongest of all the Basitin.

Eric: He’s a match for even the mightiest of beasts… such as a dragon.

Nora: (thoughts) I bet I could bite his head off faster than he could blink.

Eric: As for the third… I don’t recognize him.

Eric: But he must be the current standing master general. He’s supposed to be a lethal combination of both intelligence and strength.

Eric: The most powerful basitin. Able to take down even… a dragon.

Nora: (thoughts) ….. Perhaps this is why my brothers and sisters do not care for lesser beings.