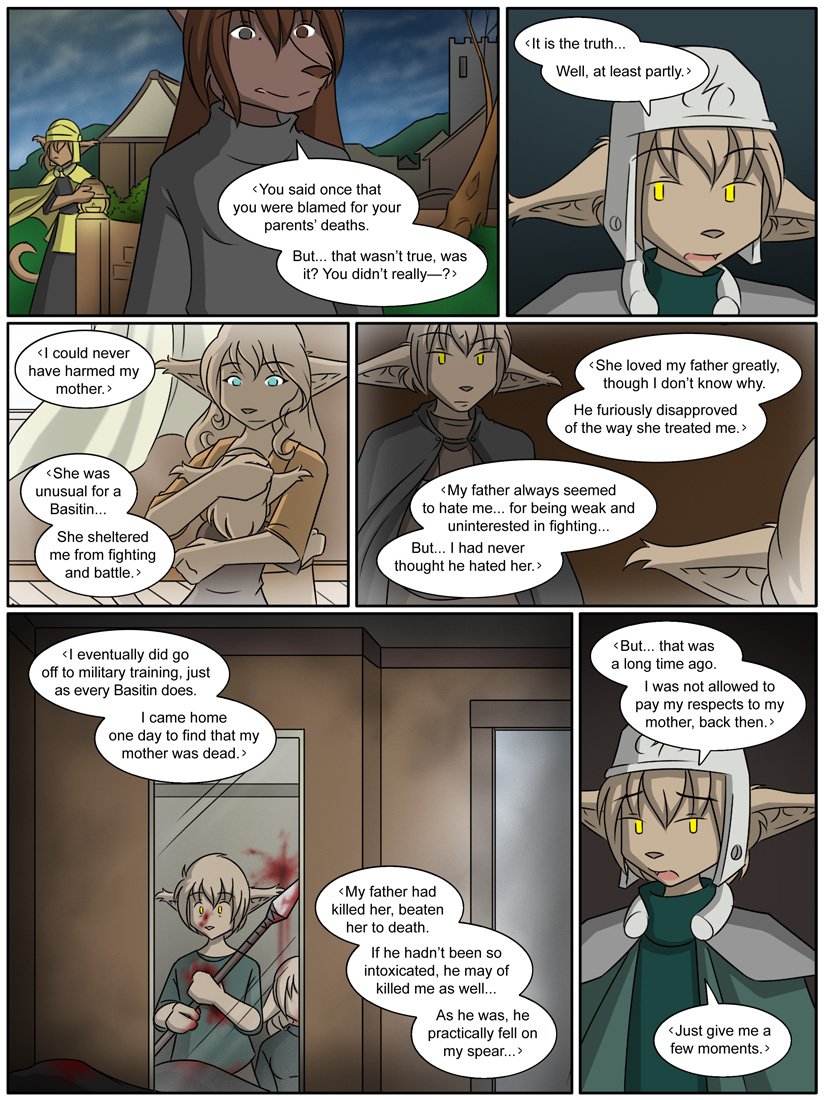 Natani: You said once that you were blamed for your parents’ deaths. But… that wasn’t true, was it? You didn’t really—?

Keith: It is the truth… Well, at least partly.

Keith: I could never have harmed my mother.

Keith: She was unusual for a Basitin… She sheltered me from fighting and battle.

Keith: She loved my father greatly, though I don’t know why. He furious disapproved of the way she treated me.

Keith: My father always seemed to hate me… for being weak and uninterested in fighting… But… I had never thought he hated her.

Keith: I eventually did go off to military training, just as every Basitin does. I came home one day to find that my mother was dead.

Keith: My father had killed her, beaten her to death. If he hadn’t been so intoxicated, he may of killed me as well… As he was, he practically fell on my spear…

Keith: But… that was a long time ago. I was not allowed to pay my respects to my mother, back then.

Keith: Just give me a few moments.