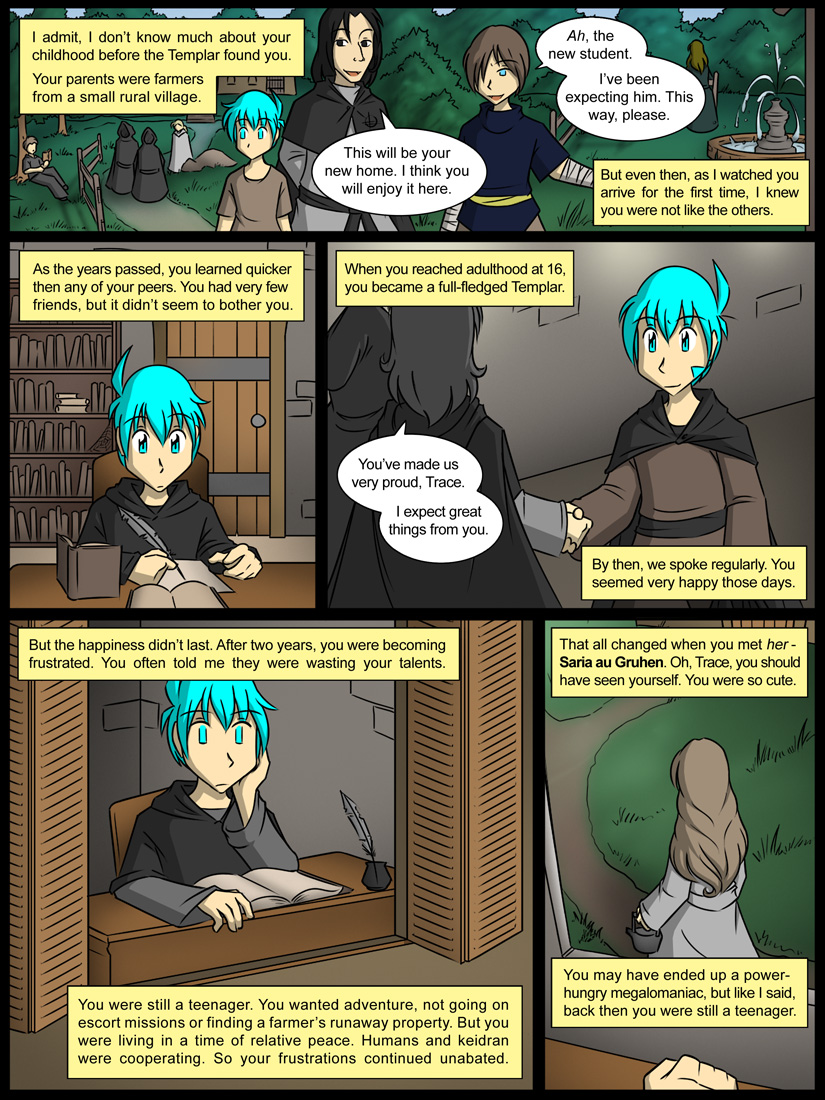 Nora: I admit, I don’t know much about your childhood before the Templar found you. Your parents were farmers from a rural village.

Sirus: Ah, the new student. I’ve been expecting him. This way, please.

Templar 1: This will be your new home. I think you will enjoy it here.

Nora: But even then, as I watched you arrive for the first time, I knew you were not like the others.

Nora: As the years passed, you learned quicker than any of your peers. You had very few friends, but it didn’t seem to bother you.

Nora: When you reached adulthood at 16, you became a full-fledged Templar.

Templar 2: You’ve made us very proud, Trace. I expect great things from you.

Nora: By then, we spoke regularly. You seemed very happy those days.

Nora: But the happiness didn’t last. After two years, you were becoming frustrated. You often told me they were wasting your talents.

Nora: You were still a teenager. You wanted adventure, not going on escort missions or finding a farmer’s runaway property. But you were living in a time of relative peace. Humans and keidran were cooperating. So your frustrations continued unabated.

Nora: That all changed when you met her — Saria au Gruhen. Oh, Trace, you should have seen yourself. You were so cute.

Nora: You may have ended up a power-hungry megalomaniac, but like I said, back then you were still a teenager.