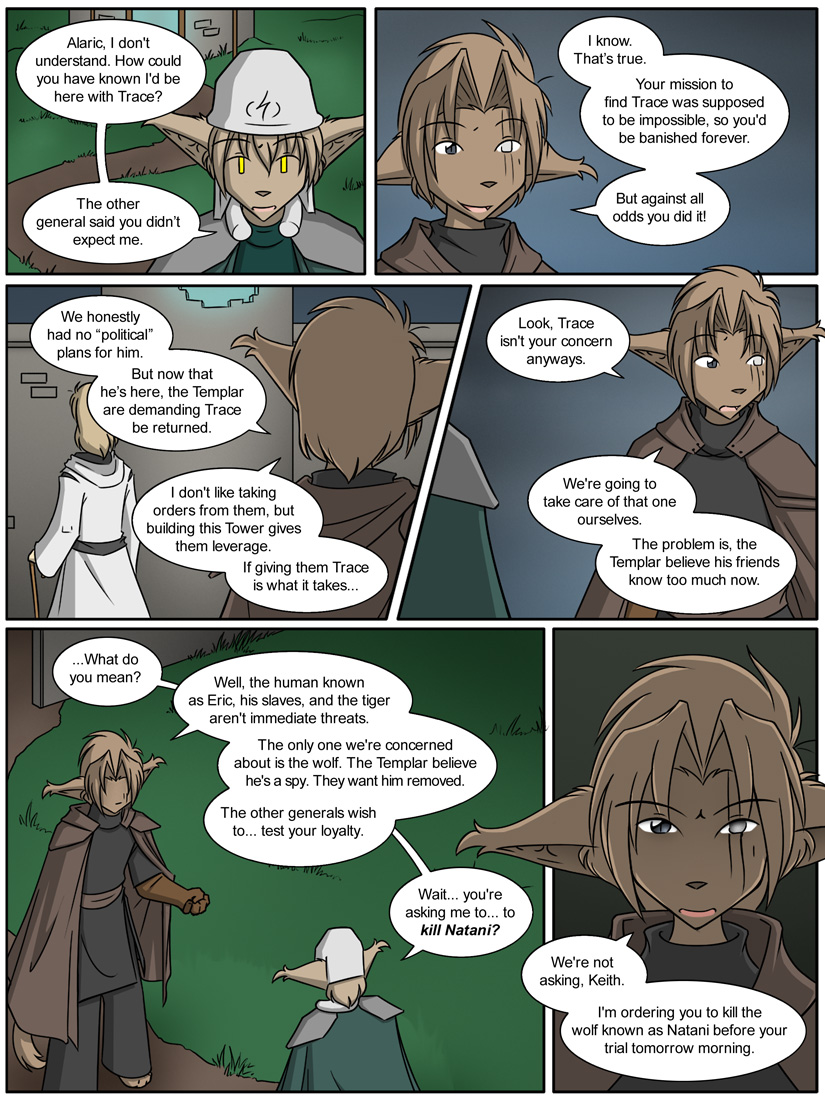 Keith: Alaric, I don’t understand. How could you have known I’d be here with Trace? The other general said you didn’t expect me.

Nickolai: I know. That’s true. Your mission to find Trace was suppose to be impossible, so you’d be banished forever. But against all odds you did it!

Nickolai: We honestly had no “political” plans for him. But now that he’s here, the Templar are demanding Trace be returned.

Nickolai: I don’t like taking orders from them, but building this Tower gives them leverage. If giving them Trace is what it takes…

Nickolai: We’re going to take care of that one ourselves. The problem is, the Templar believe his friends know too much now.

Keith: …What do you mean?

Nickolai: Well, the human known as Eric, his slaves, and the tiger aren’t immediate threats. The only one we’re concerned about is the wolf. The Templar believe he’s a spy. They want him removed. The other generals wish to… test your loyalty.

Keith: Wait… you’re asking me to… to kill Natani?

Nickolai: We’re not asking, Keith. I’m ordering you to kill the wolf known as Natani before your trial tomorrow morning.