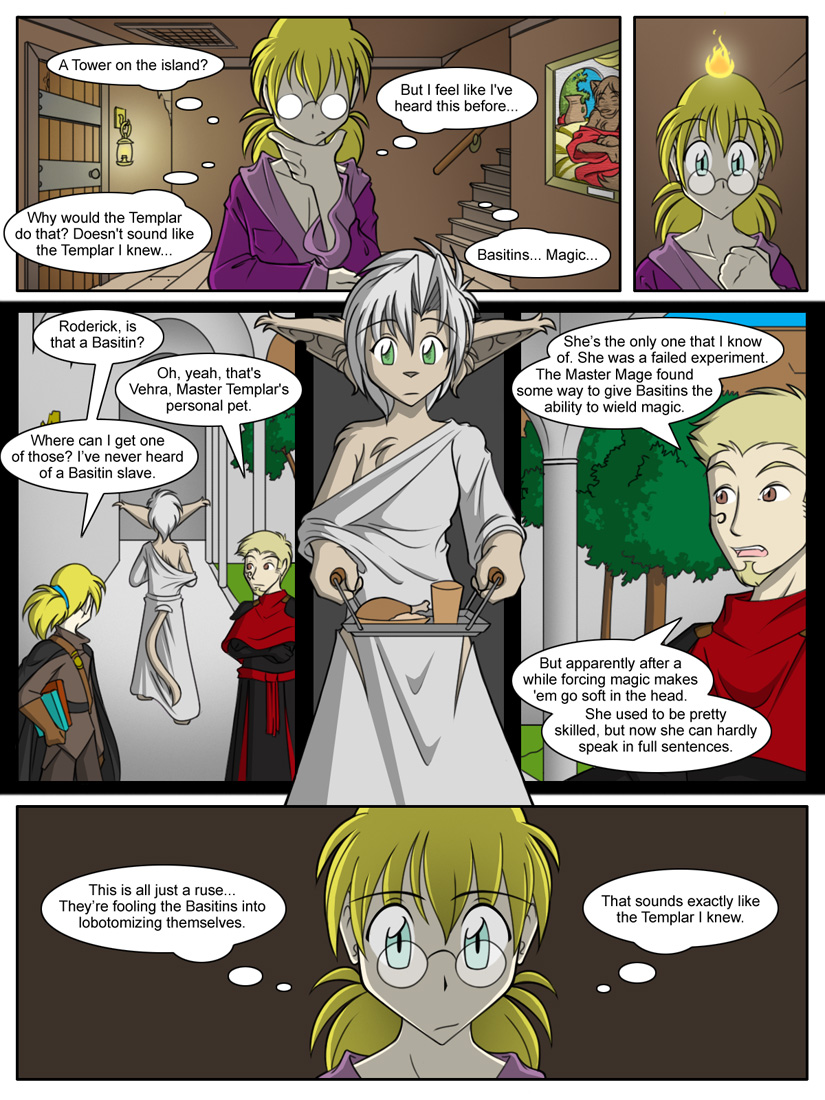 Eric: (thoughts) A Tower on the island?

Eric: (thoughts) But I feel like I’ve heard this before…

Eric: Roderick, is that a Basitin?

Eric: Where can I get one of those? I’ve never heard of a Basitin slave.

Roderick: She’s the only one that I know of. She was a failed experiment. The Master Mage found some way to give Basitins the ability to wield magic.

Roderick: But apparently after a while forcing magic makes ‘em go soft in the head. She used to be pretty skilled, but now she can hardly speak in full sentences.

Eric: (thoughts) This is all just a ruse… They’re fooling the Basitins into lobotomizing themselves.

Eric: (thoughts) That sounds exactly like the Templar I knew.