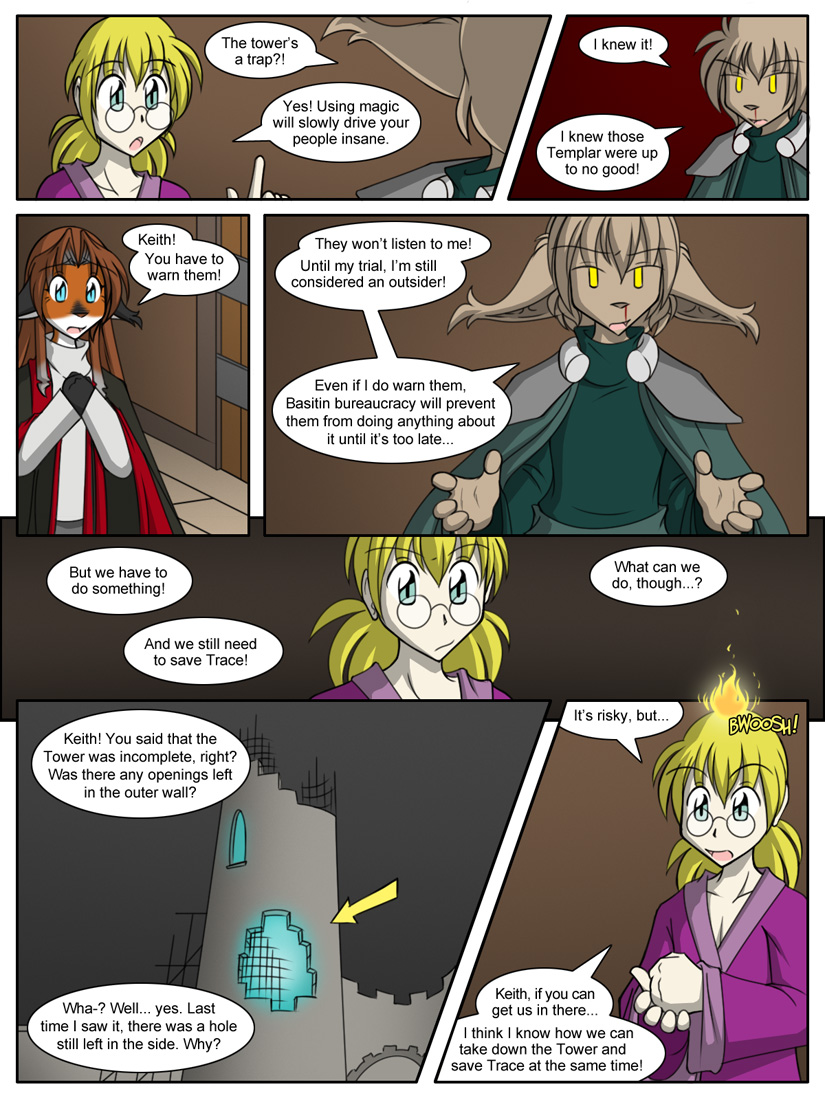 Keith: The tower’s a trap?!

Keith: I knew it!

Keith: I knew those Templar were up to no good!

Laura: Keith! You have to warn them!

Keith: They won’t listen to me! Until my trial, I’m still considered an outsider! Even if I do warn them, Basitin bureaucracy will prevent them from doing anything about it until it’s too late…

Group Member: But we have to do something!

Flora: And we still need to save Trace!

Group Member: What can we do, though…?

Eric: Keith! You said that the Tower was incomplete, right? Was there any openings left in the outer wall?

Keith: Wha-? Well… yes. Last time I saw it, there was a hole still left in the side. Why?

Eric: Keith, if you can get us in there… I think I know how we can take down the Tower and save Trace at the same time!