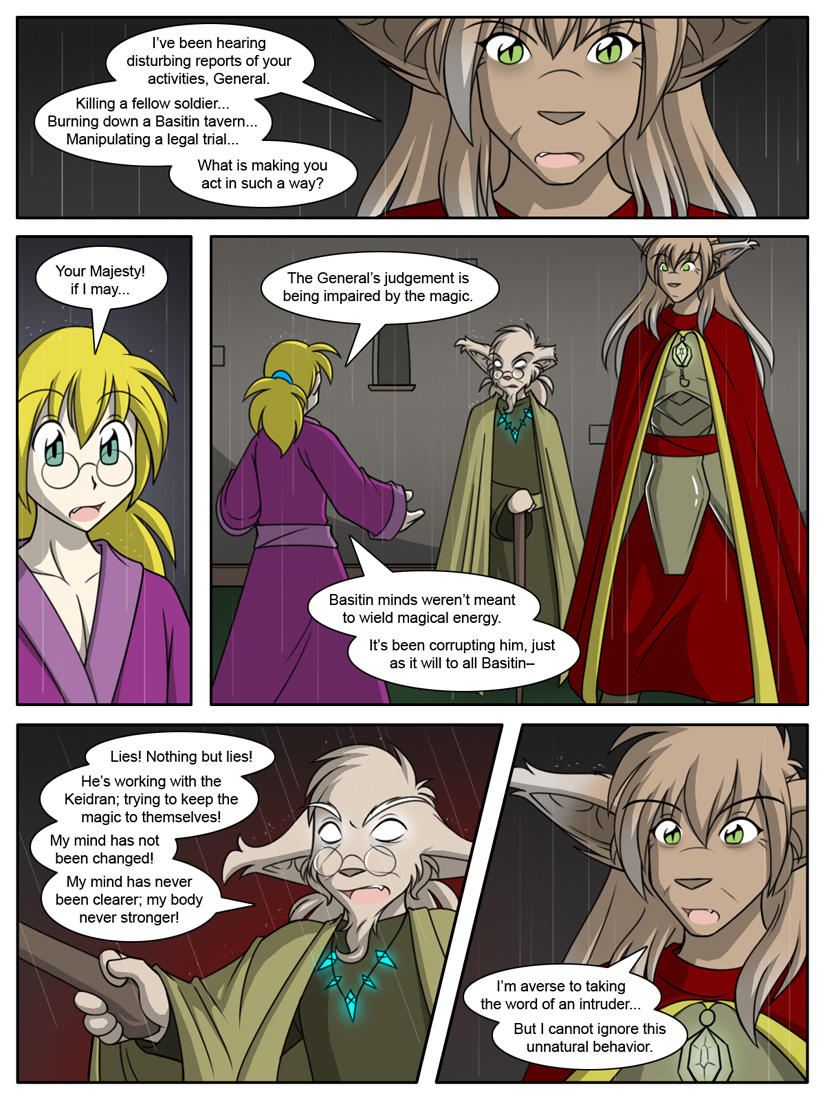 King Adelaide: I’ve been hearing disturbing reports of your activities, General. Killing a fellow soldier… Burning down a Basitin tavern… Manipulating a legal trial… What is making you act in such a way?

Eric: Your Majesty! If I may…

Eric: The General’s judgement is being impaired by the magic.

Eric: Basitin minds weren’t meant to wield magical energy. It’s been corrupting him, just as it will to all Basitin—

General Alabaster: Lies! Nothing but lies! He’s working with the Keidran; trying to keep the magic to themselves! My mind has not been changed! My mind has never been clearer; my body never stronger!

King Adelaide: I’m averse to taking the word of an intruder… But I cannot ignore this unnatural behavior.