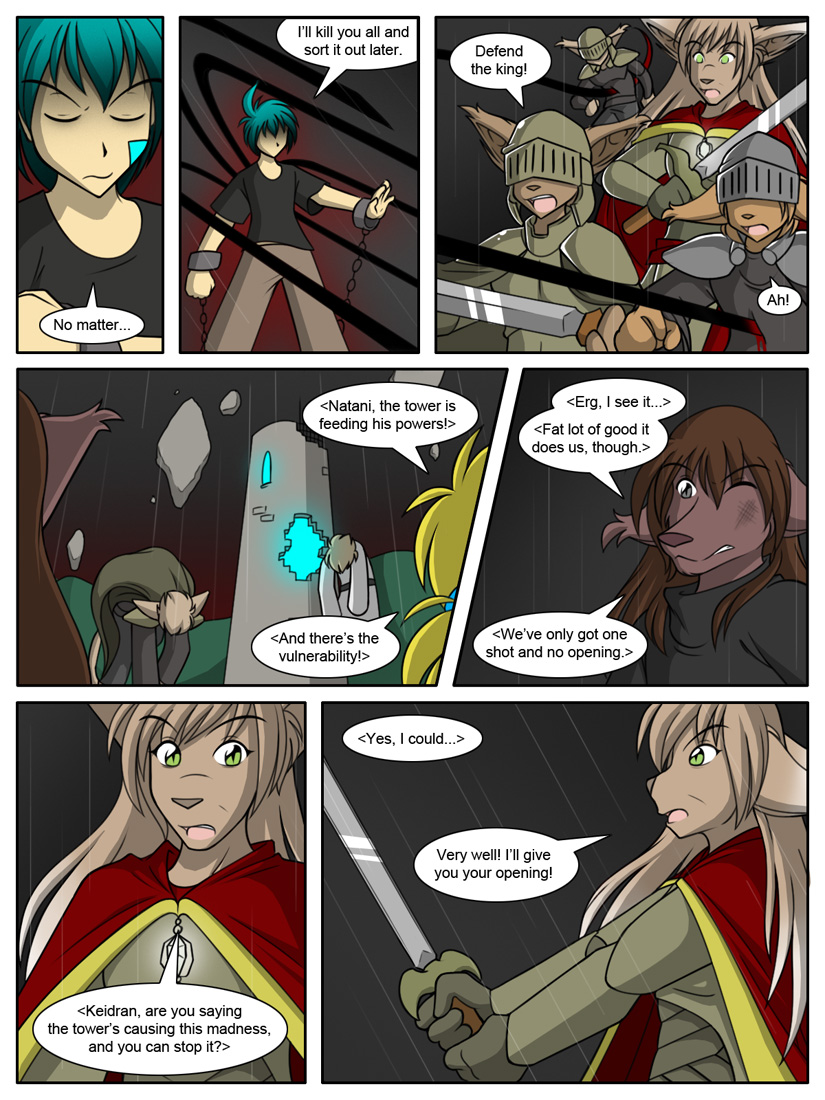 Trace: (in Human) No matter…

Trace: (in Human) I’ll kill you all and sort it out later.

Eric: Natani, the tower is feeding his powers!

Eric: And there’s the vulnerability!

Natani: Erg, I see it… Fat lot of good it does us, though.

Natani: We’ve only got one shot and no opening.

King Adelaide: Keidran, are you saying the tower’s causing this madness, and you can stop it?

Natani: Yes, I could…

King Adelaide: Very well! I’ll give you your opening!