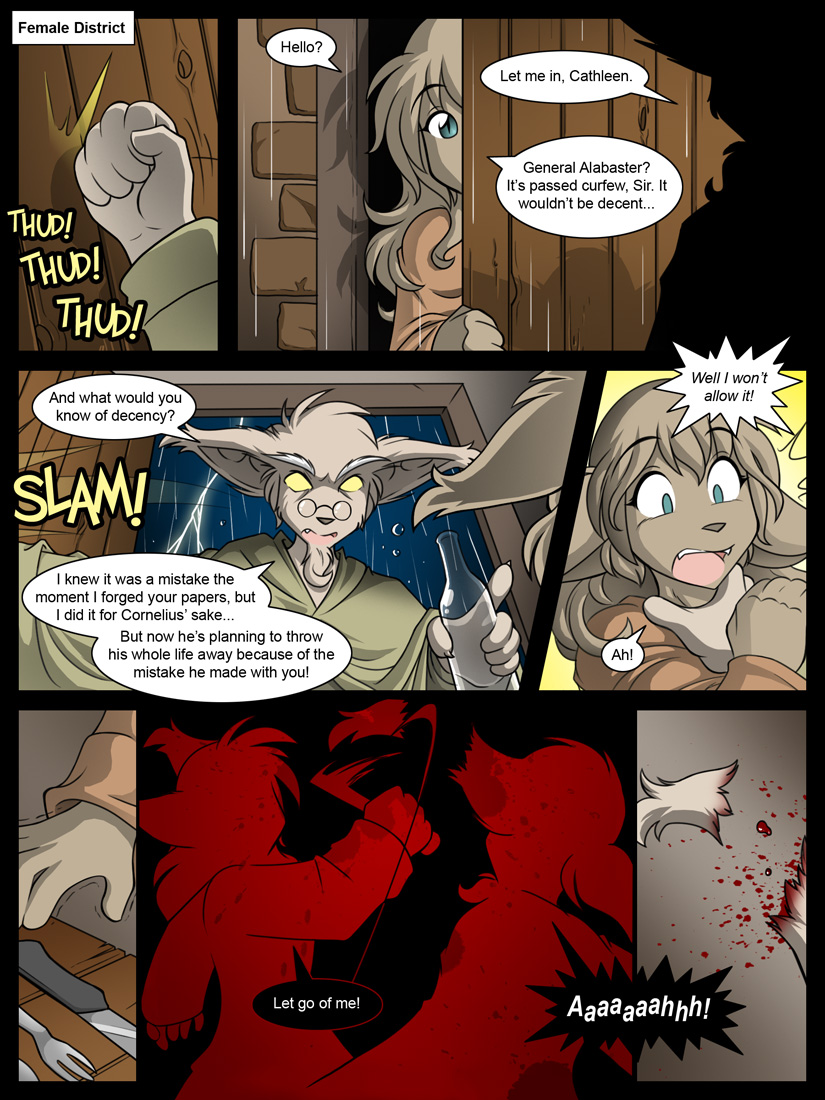 General Alabaster: Let me in, Cathleen.

General Alabaster: And what would you know of decency?

General Alabaster: I knew it was a mistake the moment I forged your papers, but I did it for Cornelius’ sake… But now he’s planning to throw his whole life away because of the mistake he made with you!

Cathleen: Let go of me!