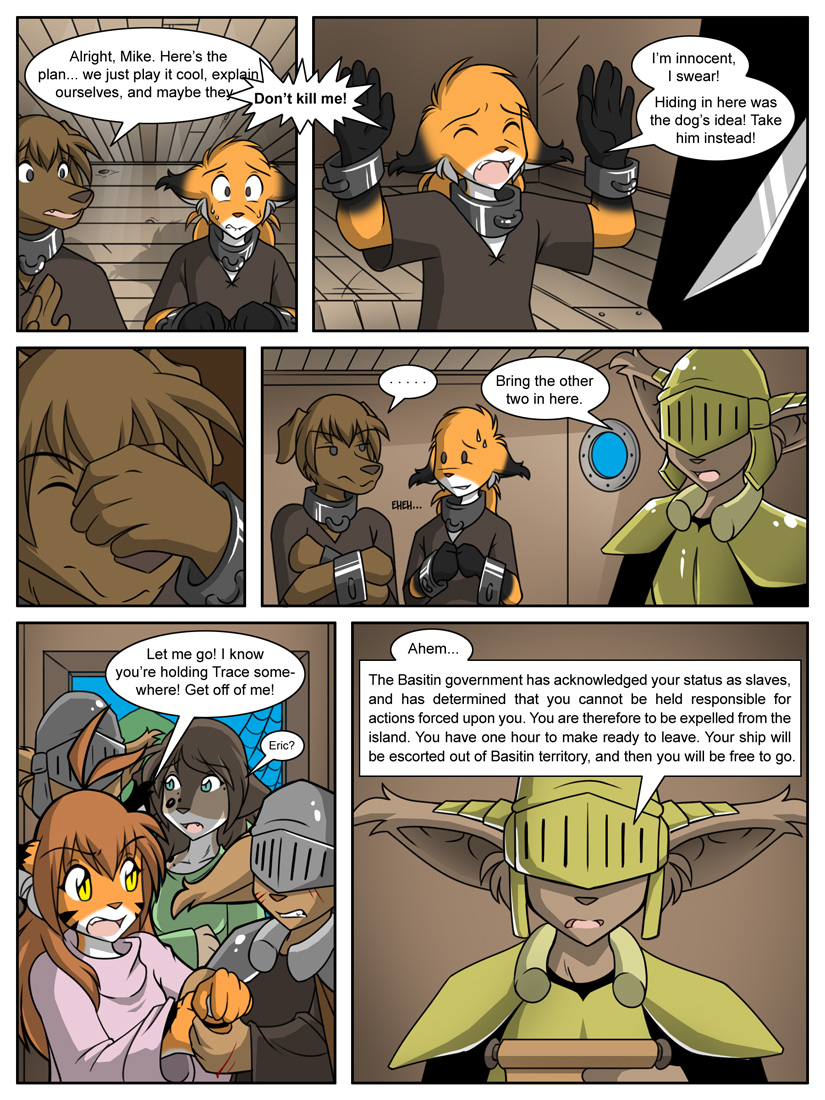 Evals: Alright, Mike. Here’s the plan… we just play it cool, explain ourselves, and maybe they—

Mike: I’m innocent, I swear! Hiding in here was the dog’s idea! Take him instead!

Flora: Let me go! I know you’re holding Trace somewhere! Get off of me!

Basitin Soldier: Ahem… The Basitin government has acknowledged your status as slaves, and has determined that you cannot be held responsible for actions forced upon you. You are therefore to be expelled from the island. You have one hour to make ready to leave. Your ship will be escorted out of Basitin territory, and then you will be free to go.