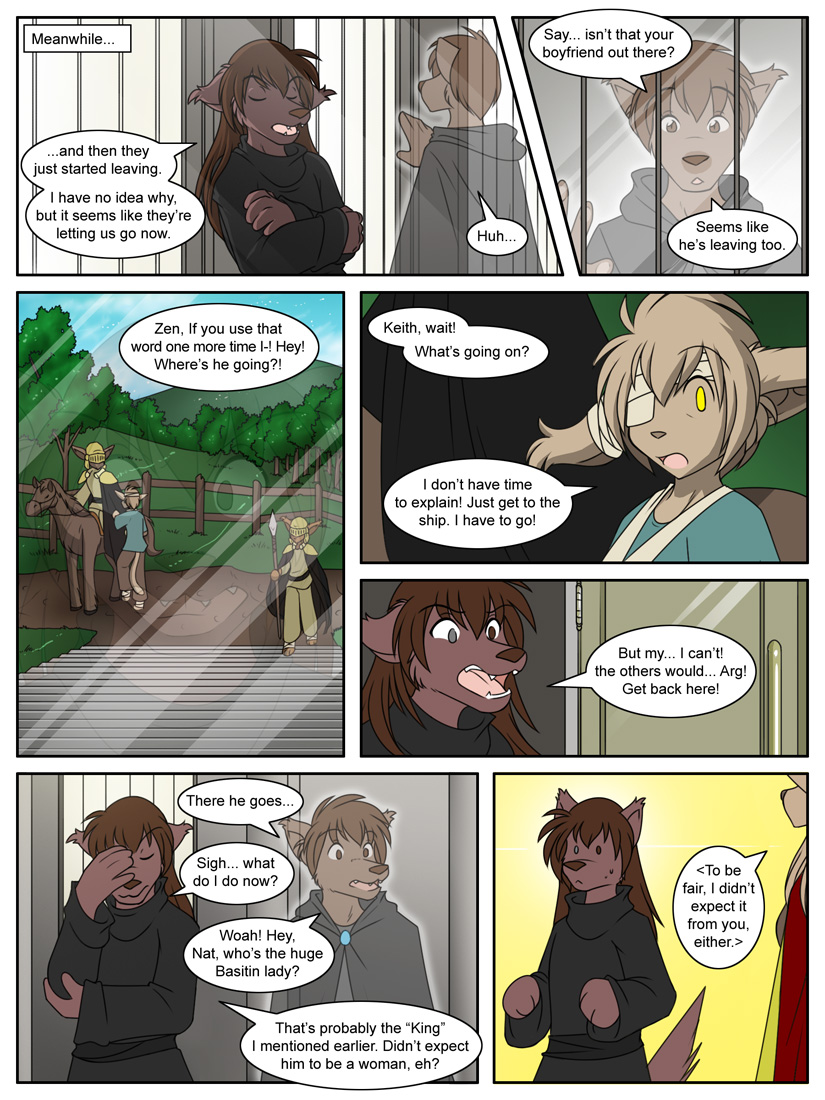 Natani: …and then they just started leaving. I have no idea why, but it seems like they’re letting us go now.

Zen: Say, isn’t that your boyfriend out there?

Natani: Zen, if you use that word one more time I-! Hey! Where’s he going?!

Keith: I don’t have time to explain! Just get to the ship. I have to go!

Natani: But my… I can’t! the others would… Arg! Get back here!

Zen: There he goes…

Natani: Sigh… what do I do now?

Natani: That’s probably the “King” I mentioned earlier. Didn’t expect him to be a woman, eh?

King Adelaide: To be fair, I didn’t expect it from you, either.