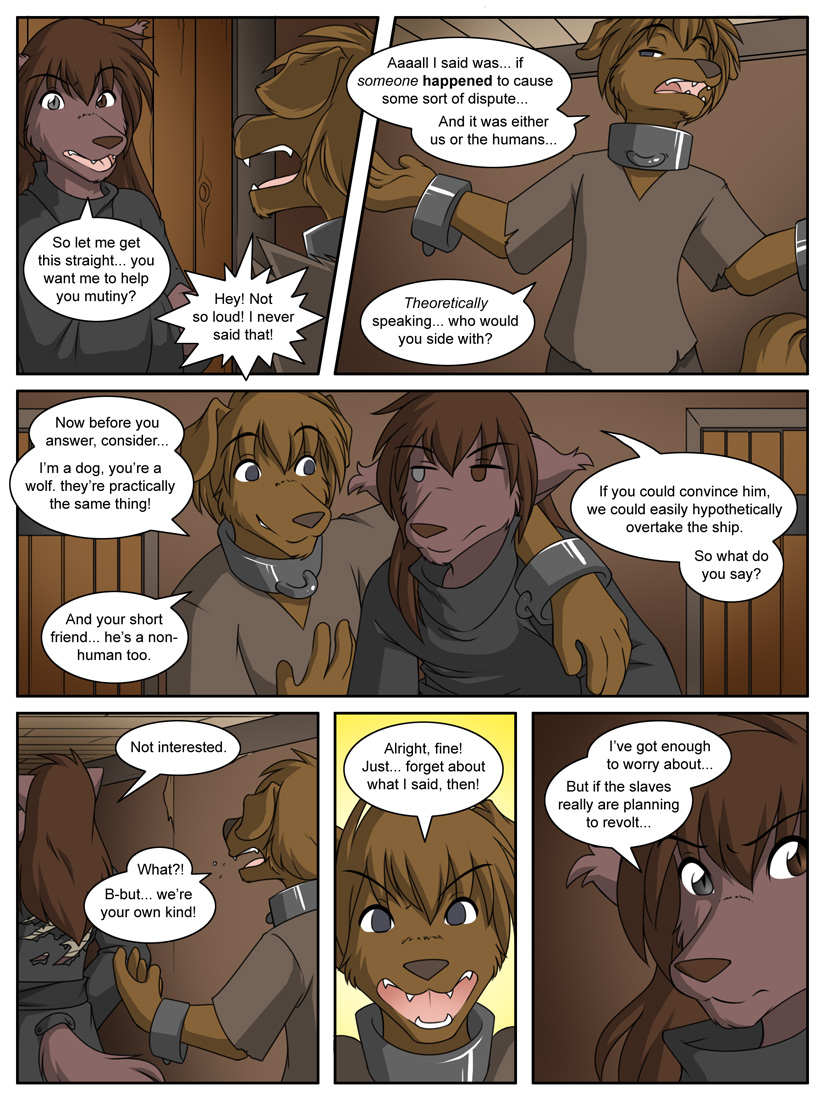 Natani: So let me get this straight… you want me to help you mutiny?

Evals: Hey! Not so loud! I never said that!

Evals: Aaaall I said was… if someone happened to cause some sort of dispute… And it was either us or the humans…

Evals: Theoretically speaking… who would you side with?

Evals: And your short friend… he’s a non-human too.

Evals: If you could convince him, we could easily hypothetically overtake the ship. So what do you say?

Evals: Alright, fine! Just… forget about what I said, then!

Natani: I’ve got enough to worry about… But if the slaves really are planning to revolt…