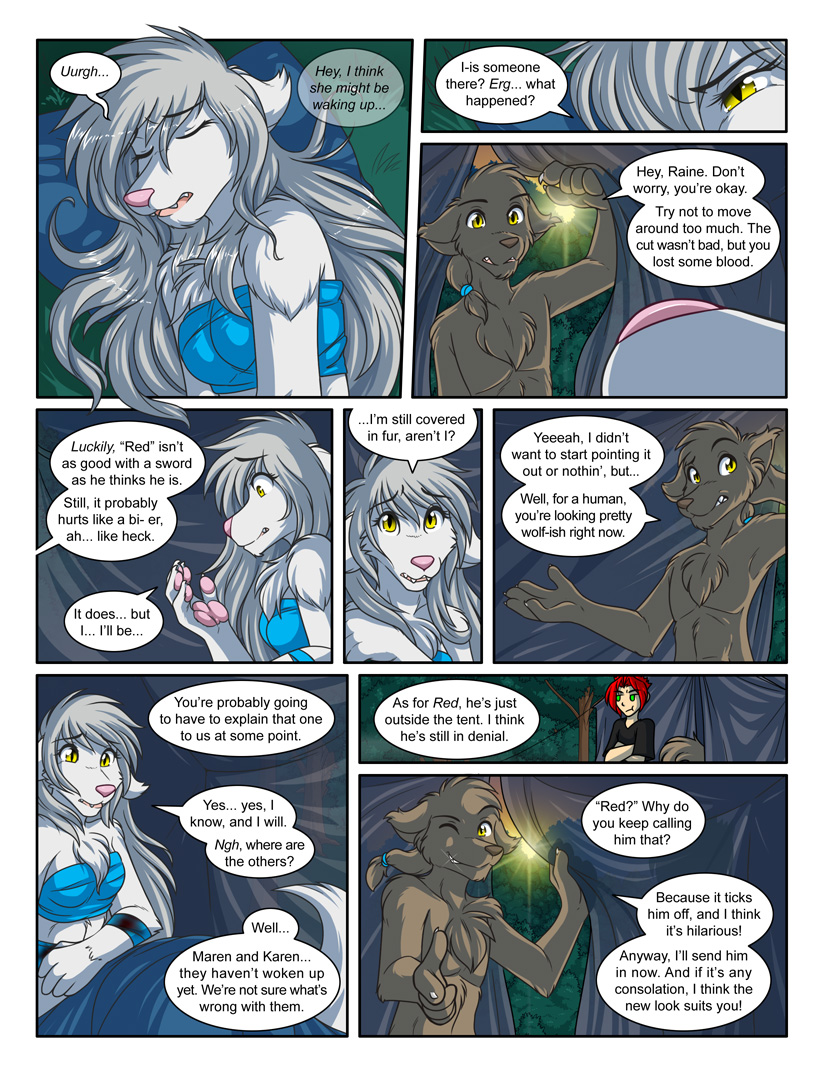 Sythe: Hey, I think she might be waking up…

Raine: I-is someone there? Erg… what happened?

Sythe: Hey, Raine. Don’t worry, you’re okay. Try not to move around too much. The cut wasn’t bad, but you lost some blood.

Sythe: Luckily, “Red” isn’t as good with a sword as he thinks he is. Still, it probably hurts like a bi— er, ah… like heck.

Sythe: Yeeeah, I didn’t want to start pointing it out or nothin’, but… Well, for a human, you’re looking pretty wolf-ish right now.

Sythe: You’re probably going to have to explain that one to us at some point.

Sythe: Well… Maren and Karen… they haven’t woken up yet. We’re not sure what’s wrong with them.

Sythe: As for Red, he’s just outside the tent. I think he’s still in denial.

Raine: “Red?”’ Who do you keep calling him that?

Sythe: Because it ticks him off, and I think it’s hilarious! Anyway, I’ll send him in now. And if it’s any consolation, I think the new look suits you!