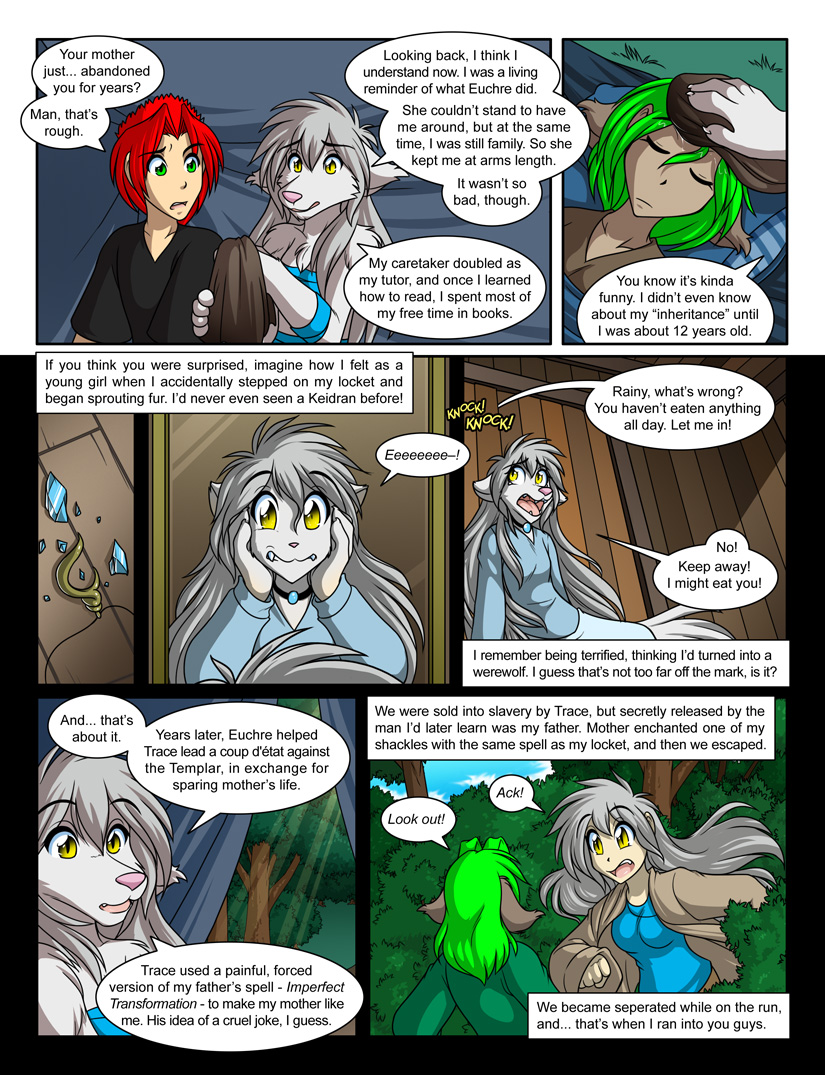 Raine: Looking back, I think I understand now. I was a living reminder of what Euchre did. She couldn’t stand to have me around, but at the same time, I was still family. So she kept me at arms length. It wasn’t so bad, though.

Raine: My caretaker doubled as my tutor, and once I learned how to read, I spent most of my free time in books.

Raine: You know it’s kinda funny. I didn’t even know about my “inheritance” until I was about 12 years old.

Raine: If you think you were surprised, imagine how I felt as a young girl when I accidentally stepped on my locket and began sprouting fur. I’d never even seen a Keidran before!

Caretaker: Rainy, what’s wrong? You haven’t eaten anything all day. Let me in!

Raine: I remember being terrified, thinking I’d turned into a werewolf. I guess that’s not too far off the mark, is it?

Raine: And… that’s about it. Years later, Euchre helped Trace lead a coup d’état against the Templar, in exchange for sparing mother’s life.

Raine: Trace used a painful, forced version of my father’s spell — Imperfect Transformation — to make my mother like me. His idea of a cruel joke, I guess.

Raine: We were sold into slavery by Trace, but secretly released by the man I’d later learn was my father. Mother enchanted one of my shackles with the same spell as my locket, and then we escaped.

Raine: We became separated while on the run, and… that’s when I ran into you guys.