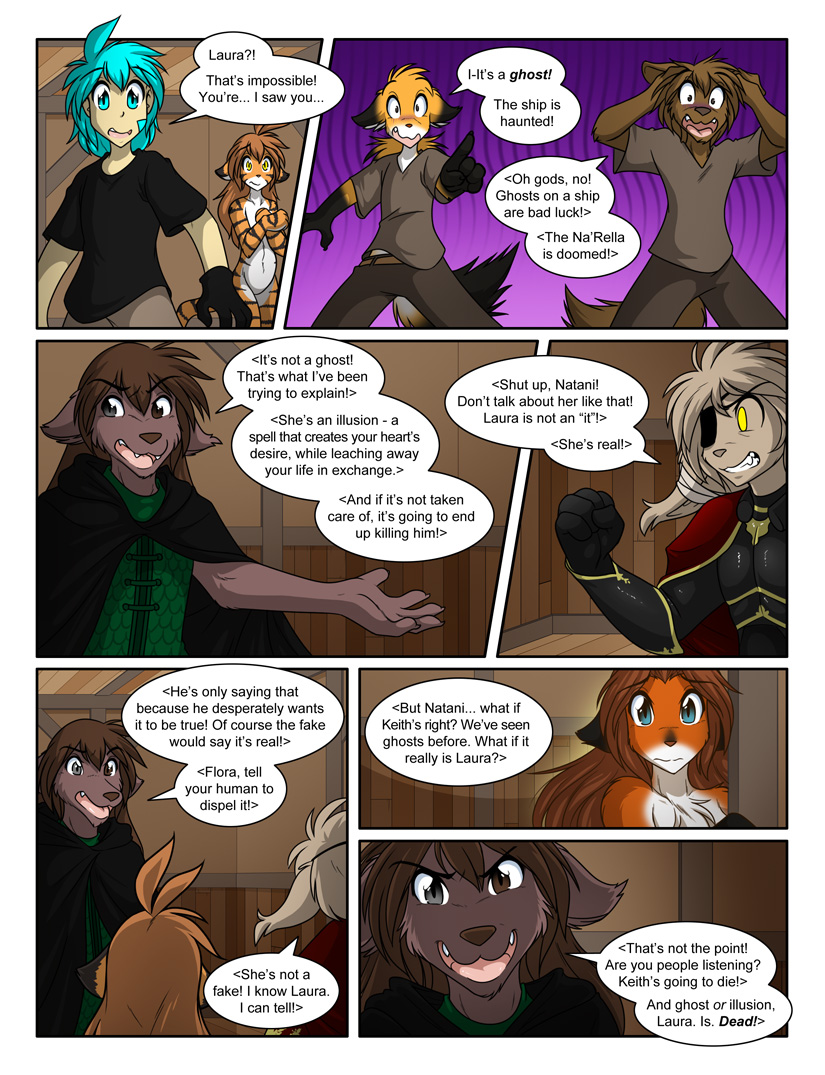 Evals: Oh gods, no! Ghosts on a ship are bad luck! The Na’Rella is doomed!

Natani: It’s not a ghost! That’s what I’ve been trying to explain! She’s an illusion — a spell that creates your heart’s desire, while leeching away your life in exchange. And if it’s not taken care of, it’s going to end up killing him!

Keith: Shut up, Natani! Don’t talk about her like that! Laura is not an “it”! She’s real!

Natani: He’s only saying that because he desperately wants it to be true! Of course the fake would say it’s real! Flora, tell your human to dispel it!

Keith: She’s not a fake! I know Laura. I can tell!

Flora: But Natani… what if Keith’s right? We’ve seen ghosts before. What if it really is Laura?

Natani: That’s not the point! Are you people listening? Keith’s going to die! And ghost or illusion, Laura. Is. Dead!