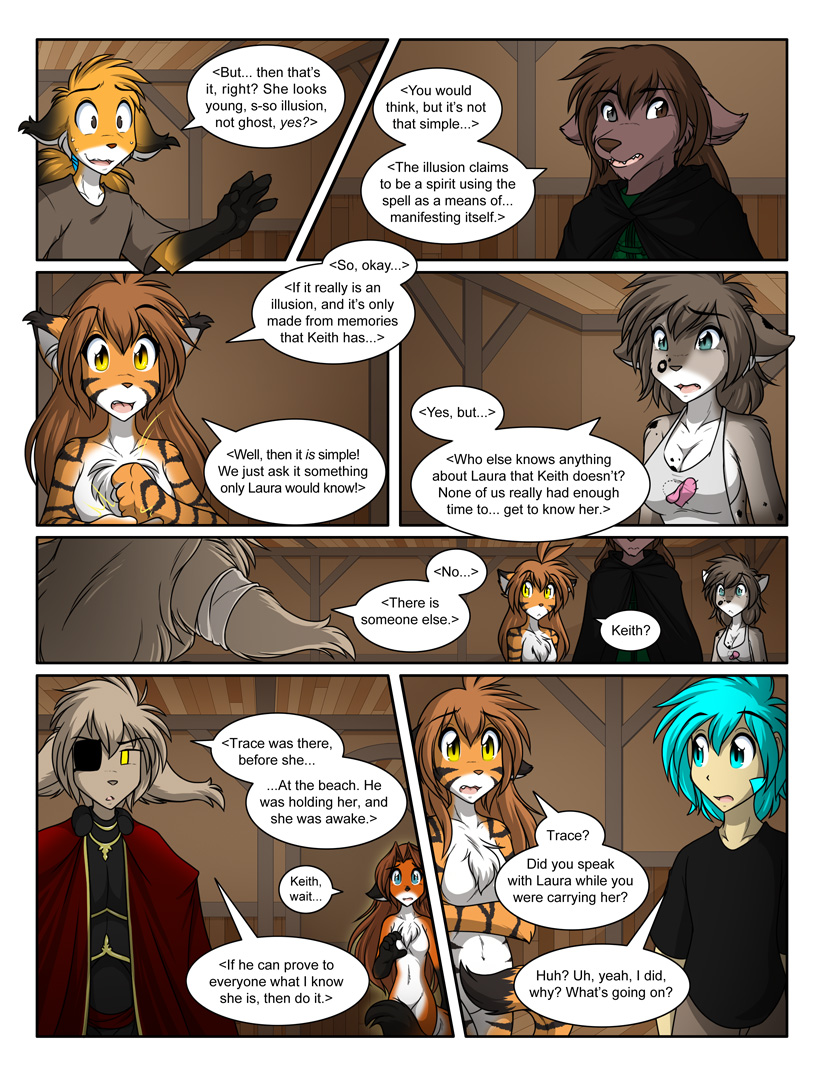 Mike: But… then that’s it, right? She looks young, s-so illusion, not ghost, yes?

Natani: You would think, but it’s not that simple… The illusion claims to be a spirit using the spell as a means of… manifesting itself.

Flora: So, okay… If it really is an illusion, and it’s only made from memories that Keith has…

Flora: Well, then it is simple! We just as it something only Laura would know!

Kat: Yes, but… Who else knows anything about Laura that Keith doesn’t? None of us really had enough time to… get to know her.

Keith: No… There is someone else.

Keith: Trace was there, before she… …At the beach. He was holding her, and she was awake.

Keith: If he can prove to everyone what I know she is, then do it.

Flora: (in Human) Trace? Did you speak with Laura while you were carrying her?