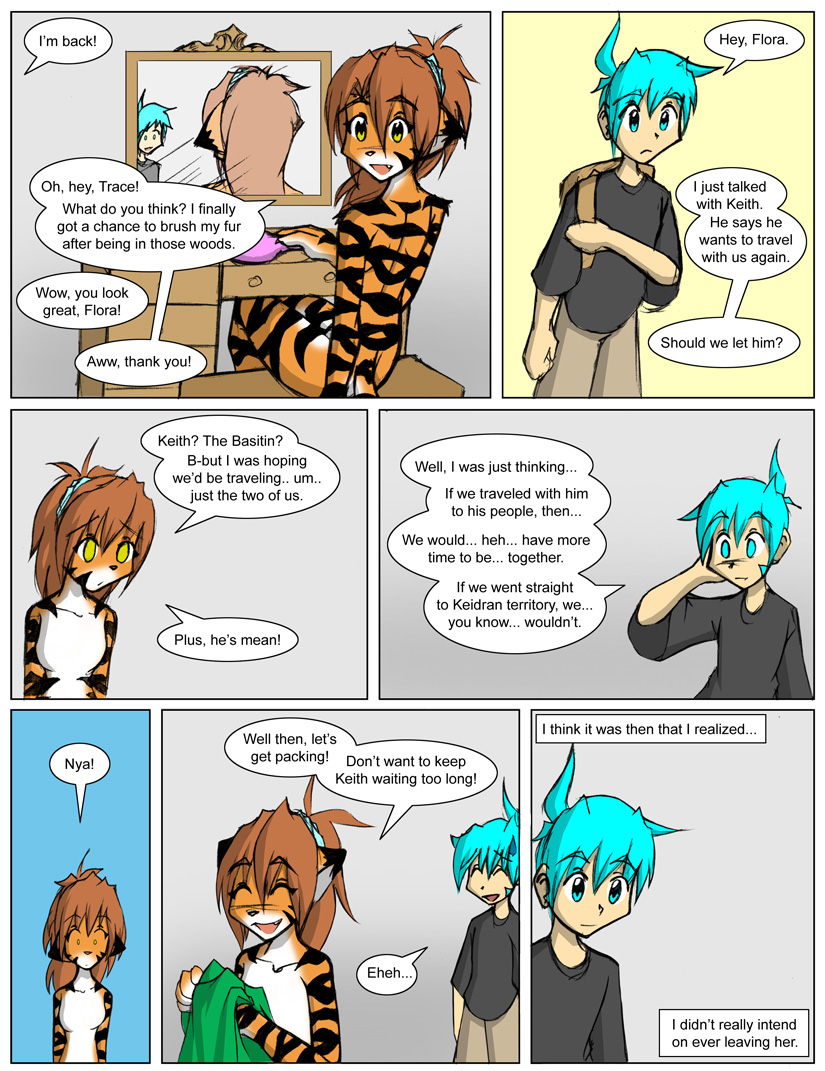 Flora: Oh, hey, Trace! What do you think? I finally got a chance to brush my fur after being in those woods.

Trace: I just talked with Keith. He says he wants to travel with us again. Should we let him?

Flora: Keith? The Basitin? B-but I was hoping we’d be traveling.. um.. just the two of us.

Trace: Well, I was just thinking… If we traveled with him to his people, then… We would… heh… have more time to be… together. If we went straight to Keidran territory, we… you know… wouldn’t.

Trace: I think it was then that I realized…

Trace: I didn’t really intend on ever leaving her.