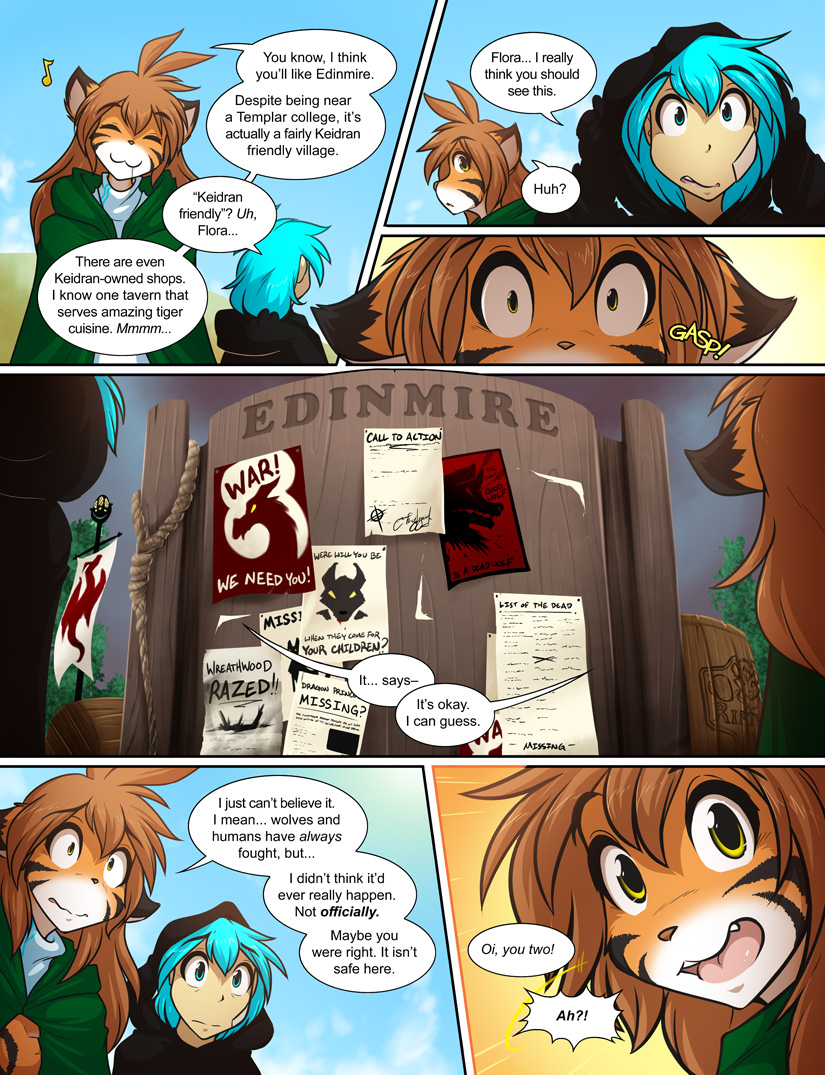 Flora: You know, I think you’ll like Edinmire. Despite being near a Templar college, it’s actually a fairly Keidran friendly village.

Flora: There are even Keidran-owned shops. I know one tavern that serves amazing tiger cuisine. Mmmm…

Trace: Flora… I really think you should see this.

[THE ONLY GOOD WOLF IS A DEAD WOLF]

[WHERE WILL YOU BE WHEN THEY COME FOR YOUR CHILDREN?]

Flora: It’s okay. I can guess.

Flora: I just can’t believe it. I mean… wolves and humans have always fought, but… I didn’t think it’d ever really happen. Not officially. Maybe you were right. It isn’t safe here.