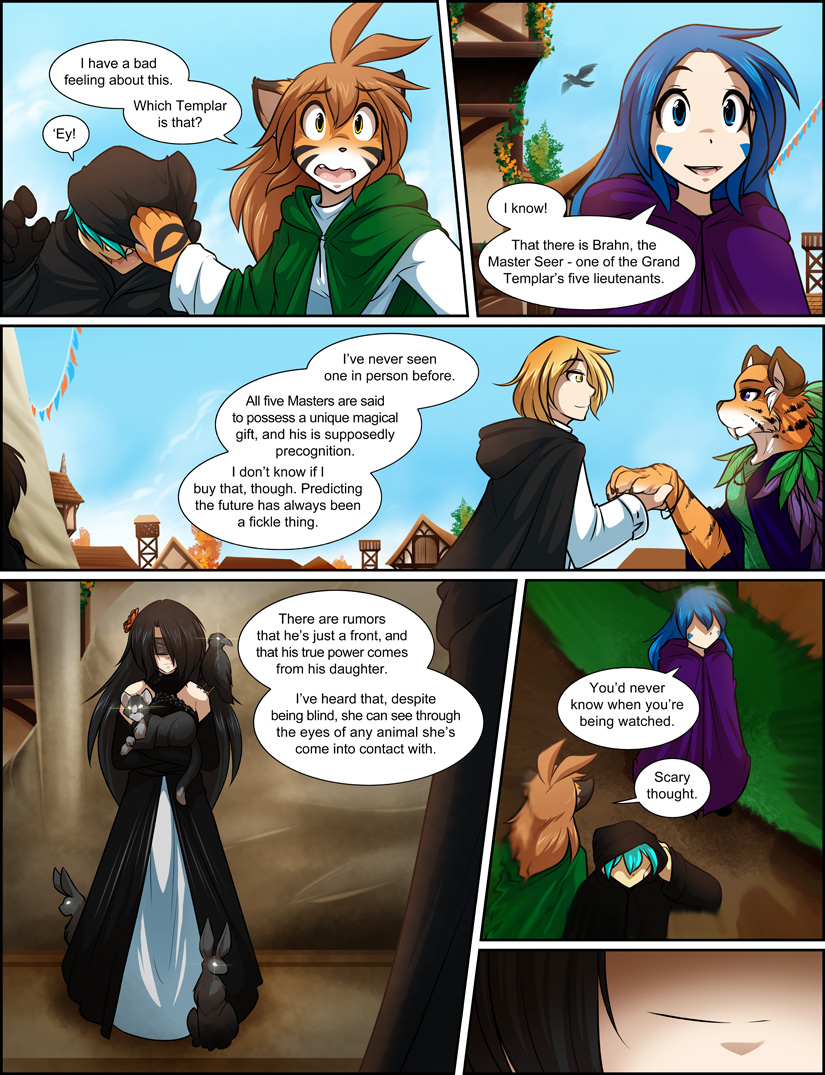 Flora: I have a bad feeling about this. Which Templar is that?

Sealeen: I know! That there is Brahn, the Master Seer - one of the Grand Templar’s five lieutenants.

Sealeen: I’ve never seen one in person before. All five Masters are said to possess a unique magical gift, and his is supposedly precognition. I don’t know if I buy that, though. Predicting the future has always been a fickle thing.

Sealeen: There are rumors that he’s just a front, and that his true power comes from his daughter. I’ve heard that, despite being blind, she can see through the eyes of any animal she’s come into contact with.