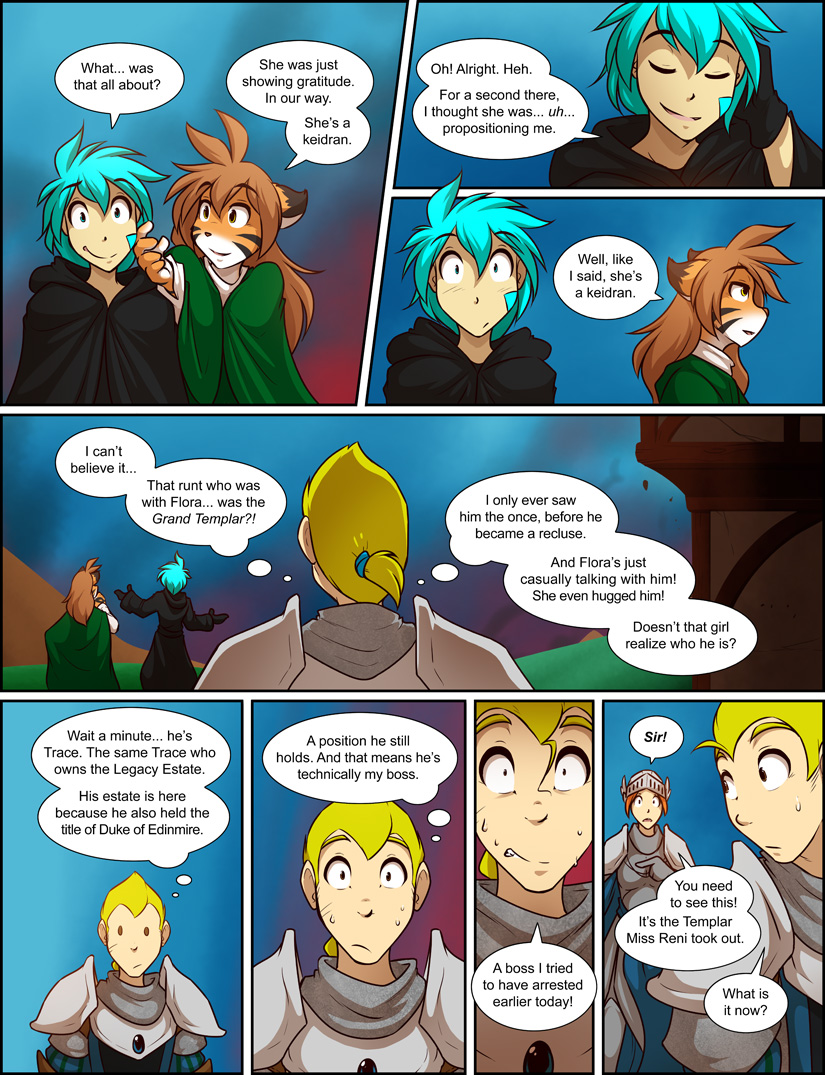 Trace: What… was that all about?

Flora: She was just showing gratitude. In our way. She’s a keidran.

Trace: Oh! Alright. Heh. For a second there, I thought she was… uh… propositioning me.

Keiren: (thoughts) I can’t believe it… That run who was with Flora… was the Grand Templar?!

Keiren: (thoughts) I only ever saw him the once, before he became a recluse. And Flora’s just casually talking with him! She even hugged him! Doesn’t that girl realize who he is?

Keiren: (thoughts) Wait a minute… he’s Trace. The same Trace who owns the Legacy Estate. His estate is here because he also held the title of Duke of Edinmire.

Keiren: (thoughts) A position he still holds. And that means he’s technically my boss.

Keiren: A boss I tried to have arrested earlier today!

Daniels: You need to see this! It’s the Templar Miss Reni took out.

Keiren: What is it now?