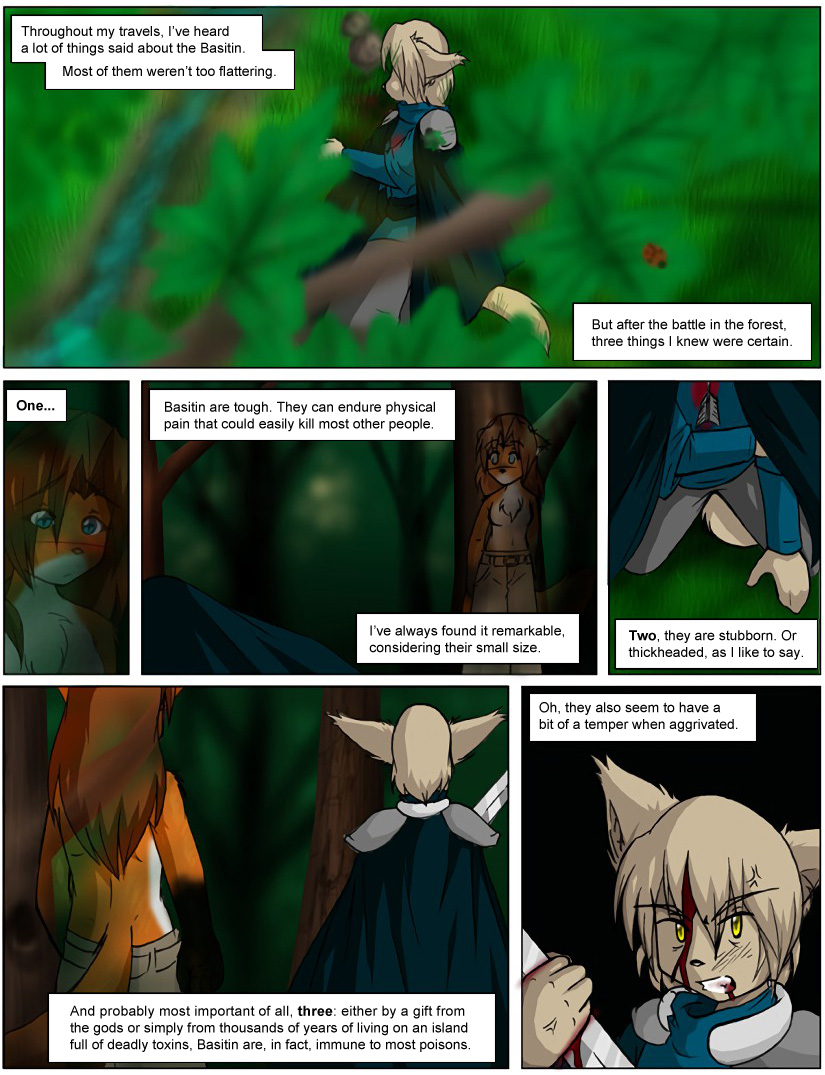 [Throughout my travels, I’ve heard a lot of things said about the Basitin. Most of them weren’t too flattering.]

[But after the battle in the forest, three things I knew were certain.]

[Basitin are tough. They can endure physical pain that could easily kill most other people.]

[Two, they are stubborn. Or thickheaded, as I like to say.]

[And probably most important of all, three: either by a gift from the gods or simply from thousands of years of living on an island full of deadly toxins, Basitin are, in fact, immune to most poisons.]

[Oh, they also seem to have a bit of a temper when aggravated.]