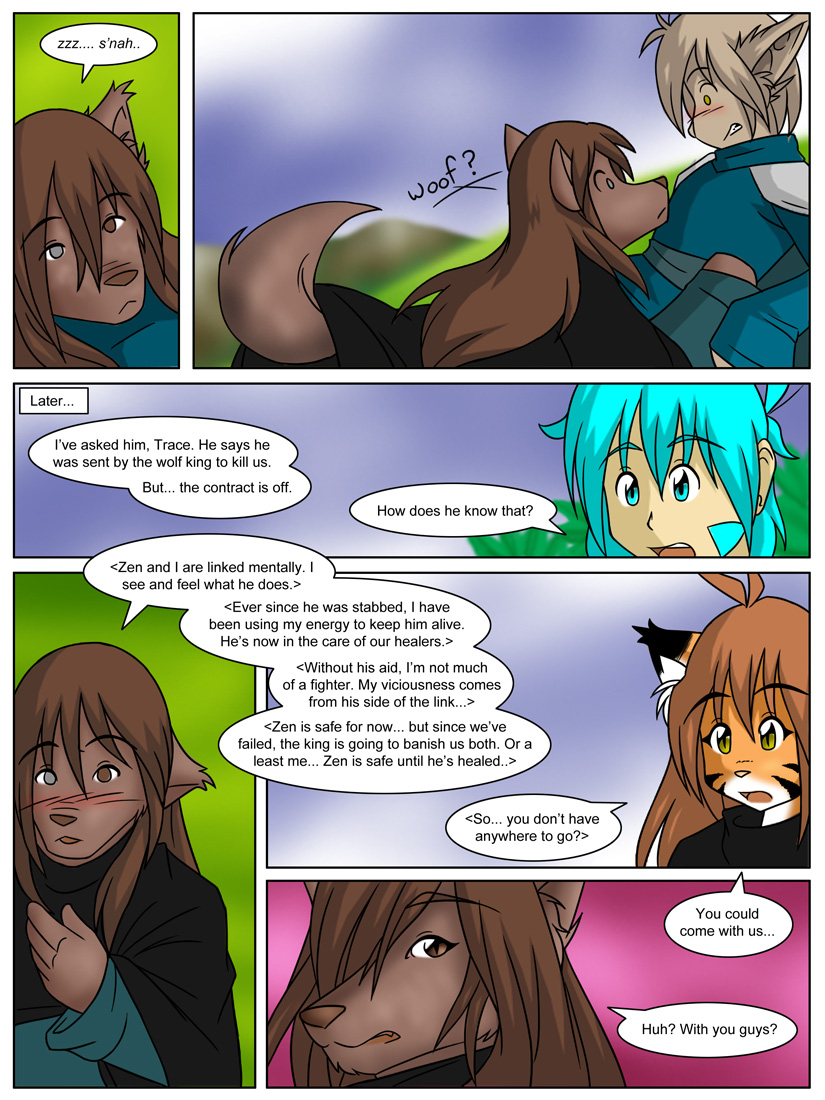 Flora: I’ve asked him, Trace. He says he was sent by the wolf king to kill us. But… the contract is off.

Trace: How does he know that?

Natani: (in Keidran) Zen and I are linked mentally. I see and feel what he does. Ever since he was stabbed, I have been using my energy to keep him alive. He’s now in the care of our healers. Without his aid, I’m not much of a fighter. My viciousness comes from his side of the link… Zen is safe for now… but since we’ve failed, the king is going to banish us both. Or at least me… Zen is safe until he’s healed..

Flora: (in Keidran) So… you don’t have anywhere to go?

Flora: You could come with us…

Natani: Huh? With you guys?