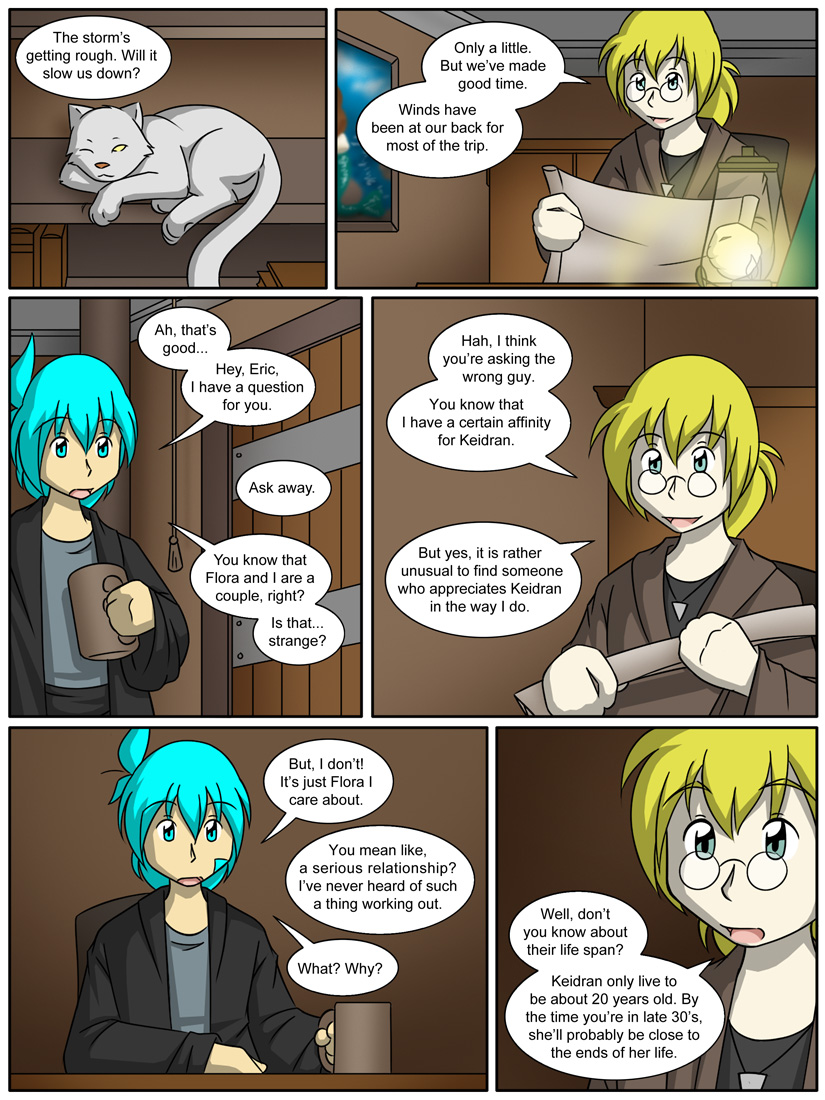 Trace: The storm’s getting rough. Will it slow us down?

Eric: Only a little. But we’ve made good time.

Eric: Winds have been at our back for most of the trip.e

Trace: Ah, that’s good… Hey, Eric, I have a question for you.

Trace: You know that Flora and I are a couple, right? Is that.. strange?

Eric: Hah, I think you’re asking the wrong guy. You know that I have a certain affinity for Keidran.

Eric: But yes, it’s rather unusual to find someone who appreciates Keidran in the way I do.

Trace: But, I don’t! It’s just Flora I care about.

Eric: You mean like, a serious relationship? I’ve never heard of such a thing working out.

Eric: Well, don’t you know about their life span?

Eric: Keidran only live to be about 20 years old. By the time you’re in your late 30’s, she’ll probably be close to the end of her life.