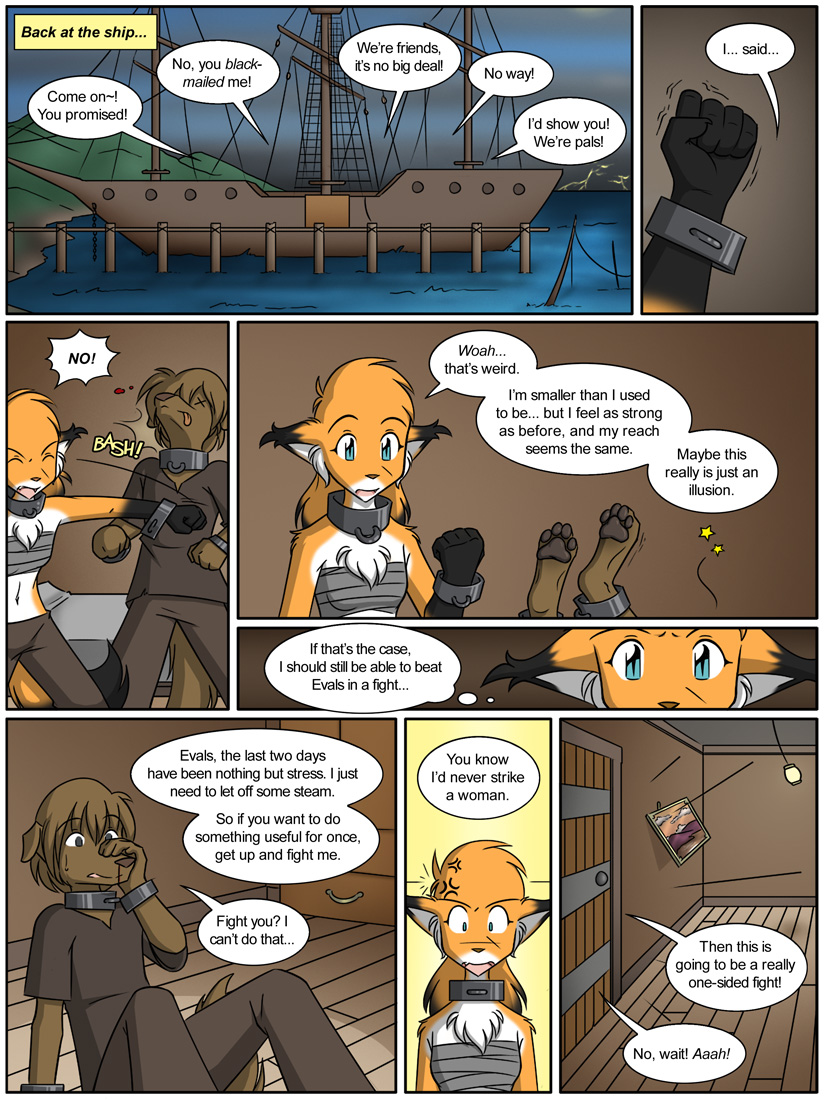 Narration: Back at the ship…

Evals: Come on~! You promised!

Mike: No, you blackmailed me!

Mike: Woah… that’s weird. I’m smaller than I used to be… but I feel as strong as before, and my reach seems the same. Maybe this really is just an illusion.

Mike: (thoughts) If that’s the case… I should still be able to beat Evals in a fight…

Mike: Evals, the last two days have been nothing but stress. I just need to let off some steam. So if you want to do something useful for once, get up and fight me.

Evals: Fight you? I can’t do that…

Mike: Then this is going to be a really one-sided fight!