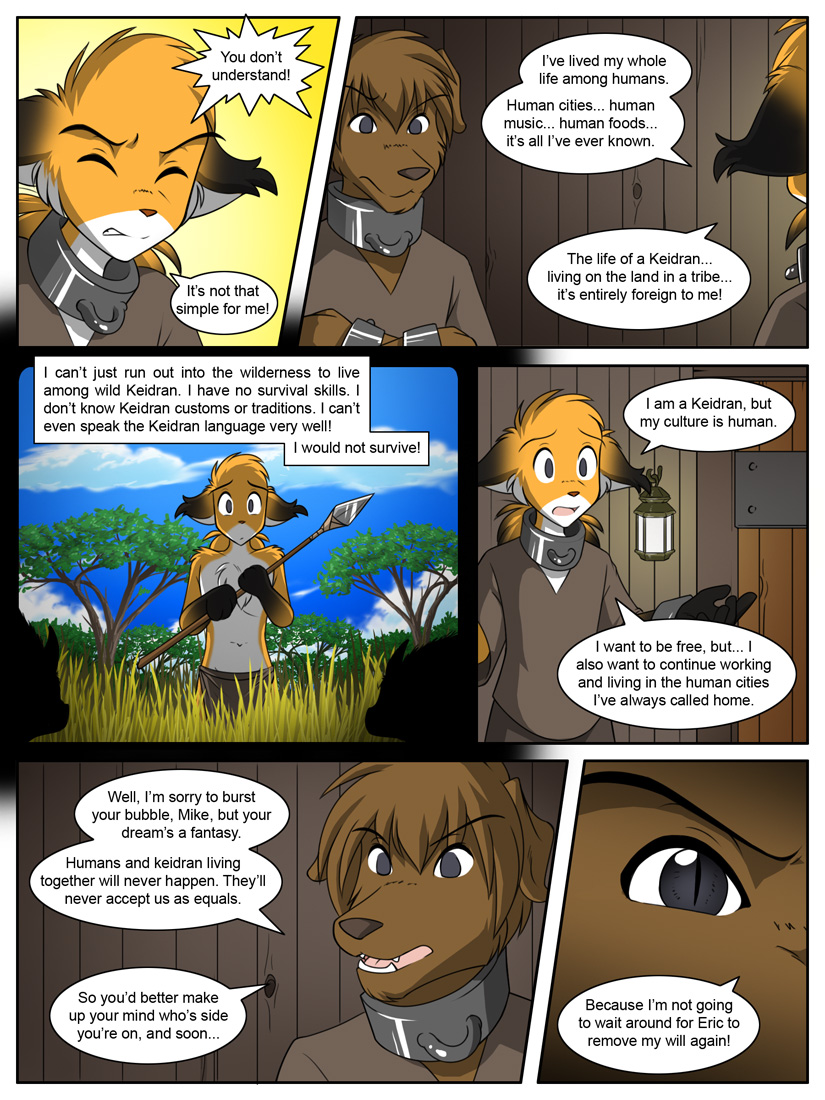 Mike: It’s not that simple for me!

Mike: The life of a Keidran… living on the land in a tribe… it’s entirely foreign to me!

Mike: I can’t just run out into the wilderness to live among wild Keidran. I have no survival skills. I don’t know Keidran customs or traditions. I can’t even speak the Keidran language very well! I would not survive!

Mike: I’m a Keidran, but my culture is human.

Mike: I want to be free, but… I also want to continue working and living in the human cities I’ve always called home.

Evals: Well, I’m sorry to burst your bubble, Mike, but your dream’s a fantasy. Humans and Keidran living together will never happen. They’ll never accept us as equals.

Evals: So you’d better make up your mind whose side you’re on, and soon…

Evals: Because I’m not going to wait around for Eric to remove my will again!