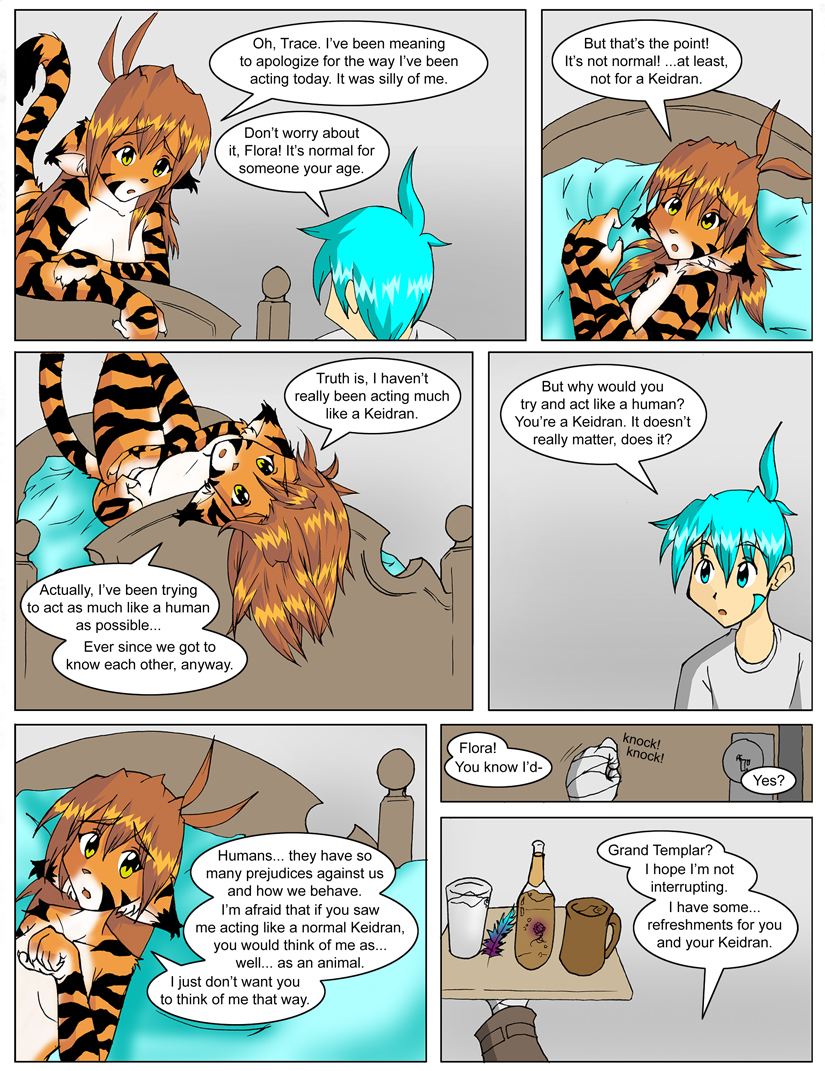 Flora: Oh, Trace. I’ve been meaning to apologize for the way I’ve been acting today. It was silly of me.

Trace: Don’t worry about it, Flora! It’s normal for someone your age.

Flora: But that’s the point! It’s not normal! …at least, not for a Keidran.

Flora: Truth is, I haven’t really been acting much like a Keidran.

Flora: Actually, I’ve been trying to act as much like a human as possible… Ever since we got to know each other, anyway.

Trace: But why would you try and act like a human? You’re a Keidran. It doesn’t really matter, does it?

Flora: Humans.. they have so many prejudices against us and how we behave. I’m afraid that if you saw me acting like a normal Keidran, you would think of me as… well.. as an animal. I just don’t want you to think of me that way.

Sirus (Tavernkeeper): Grand Templar? I hope I’m not interrupting. I have some… refreshments or you and your Keidran.