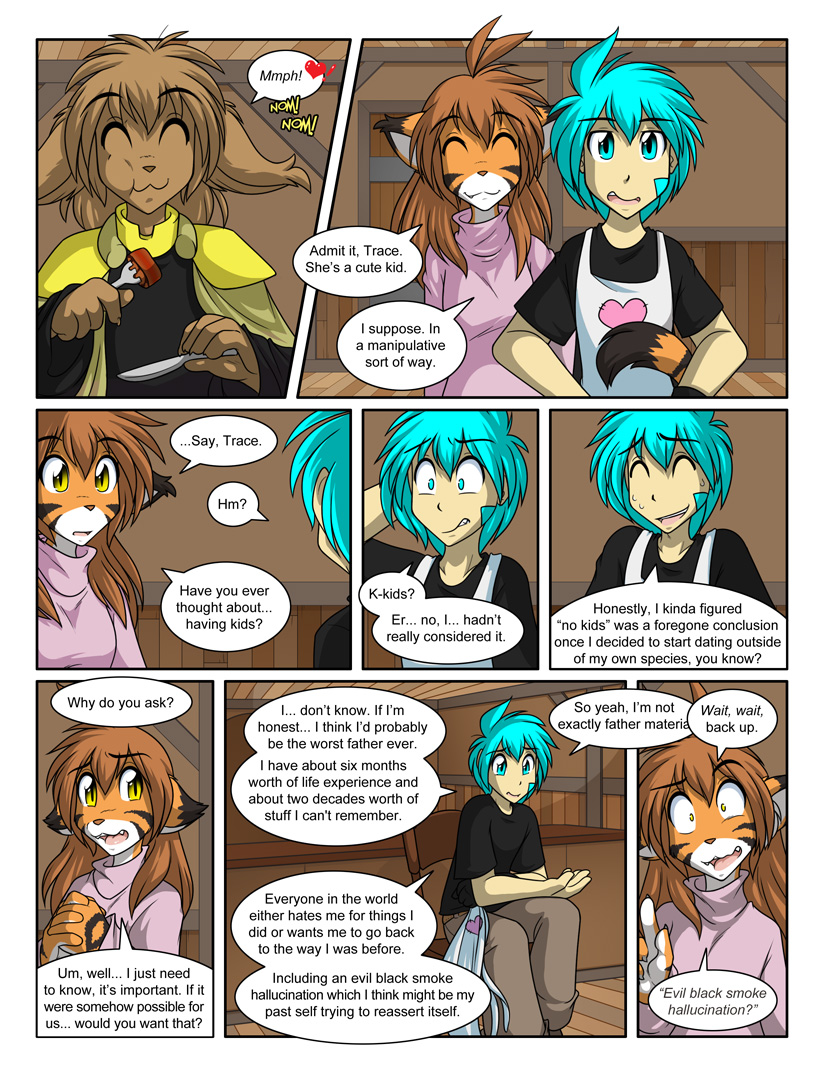 Trace: I suppose. In a manipulative sort of way.

Flora: Have you ever thought about… having kids?

Trace: K-kids? Er… no, I… hadn’t really considered it.

Trace: Honestly, I kinda figured “no kids” was a foregone conclusion once I decided to start dating outside of my own species, you know?

Flora: Um, well… I just need to know, it’s important. If it were somehow possible for us… would you want that?

Trace: I… don’t know. If I’m honest… I think I’d probably be the worst father ever. I have about six months worth of life experience and about two decades worth of stuff I can’t remember.

Trace: Everyone in the world either hates me for things I did or wants me to go back to the way I was before. Including an evil black smoke hallucination which I think might be my past self trying to reassert itself.

Flora: Wait, wait, back up.