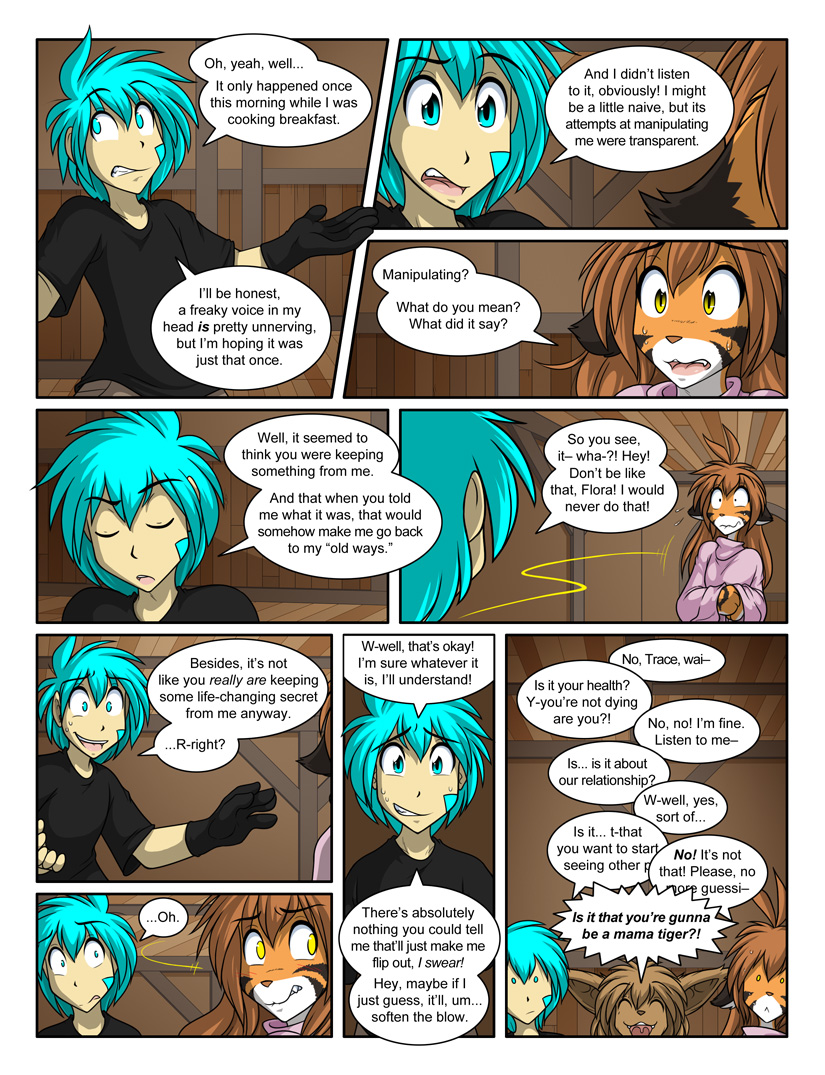 Trace: Oh, yeah, well… It only happened once this morning while I was cooking breakfast.

Trace: I’ll be honest, a freaky voice in my head is pretty unnerving, but I’m hoping it was just that once.

Trace: And I didn’t listen to it, obviously! I might be a little naive, but its attempts at manipulating me were transparent.

Flora: Manipulating? What do you mean? What did it say?

Trace: Well, it seemed to think you were keeping something from me. And that when you told me what it was, that would somehow make me go back to my “old ways.”

Trace: Besides, it’s not like you really are keeping some life-changing secret from me anyway. …R-right?

Trace: W-well, that’s okay! I’m sure whatever it is, I’ll understand!

Trace: There’s absolutely nothing you could tell me that’ll just make me flip out, I swear! Hey, maybe if I just guess, it’ll, um… soften the blow.

Trace: Is it your health? Y-you’re not dying are you?!

Trace: Is… is it about our relationship?

Trace: Is it… t-that you want to start seeing other p—

Flora: No! It’s not that! Please, no more guessi—

Madelyn: Is it that you’re gunna be a mama tiger?!