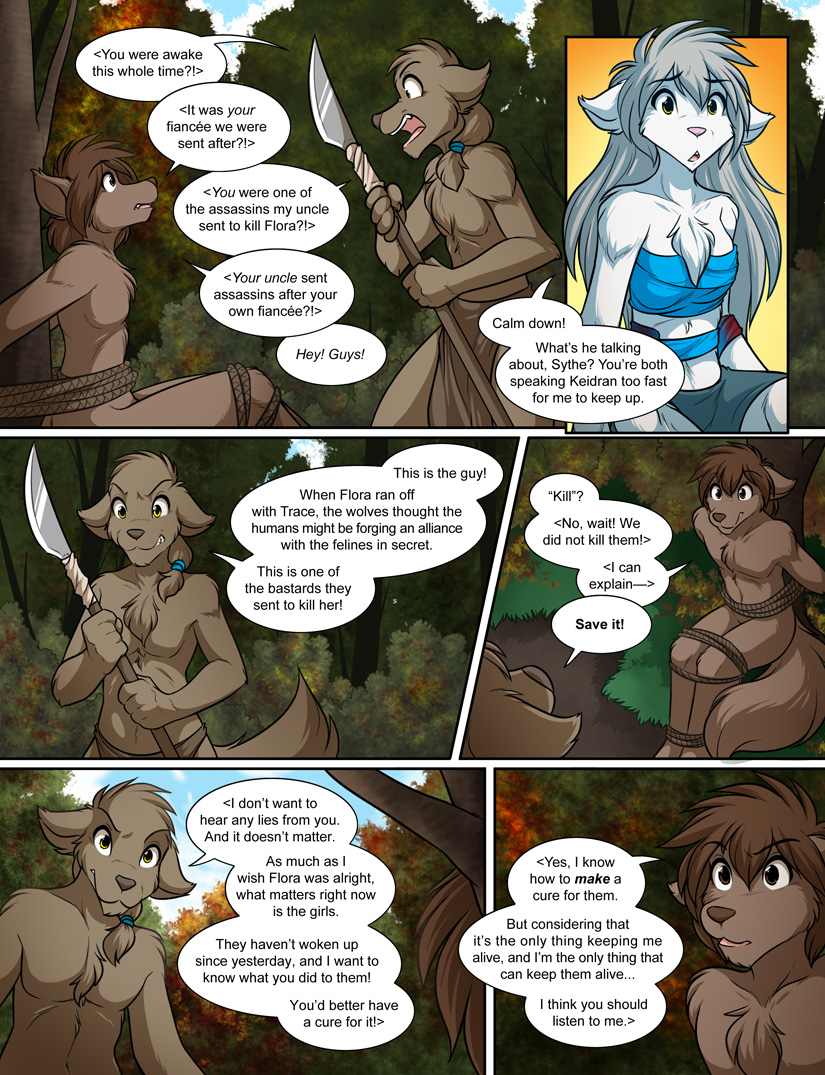 Sythe: (in Keidran) You were awake this whole time?!

Zen: (in Keidran) It was your fiancée we were sent after?!

Sythe: (in Keidran) You were one of the assassins my uncle sent to kill Flora?!

Zen: (in Keidran) Your uncle sent assassins after your own fiancée?!

Raine: Calm down! What’s he talking about, Sythe? You’re both speaking Keidran too fast for me to keep up.

Sythe: This is the guy! When Flora ran off with Trace, the wolves thought the humans might be forging an alliance with the felines in secret. This is one of the bastards they sent to kill her!

Zen: (in Keidran) No, wait! We did not kill them! I can explain—

Sythe: (in Keidran) I don’t want to hear any lies from you. And it doesn’t matter. As much as I wish Flora was alright, what matters right now is the girls. They haven’t woken up since yesterday, and I want to know what you did to them! You’d better have a cure for it!

Zen: (in Keidran) Yes, I know how to make a cure for them. But considering that it’s the only thing keeping me alive, and I’m the only thing that can keep them alive… I think you should listen to me.