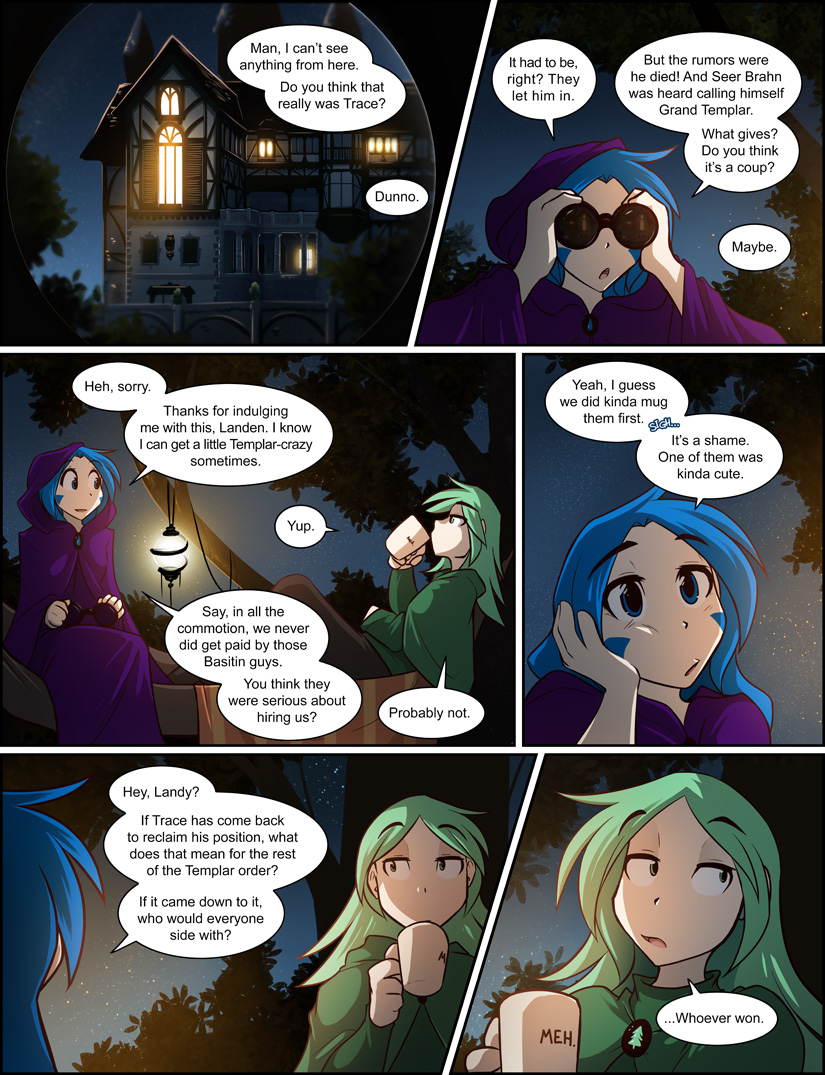 Sealeen: Man, I can’t see anything from here. Do you think that really was Trace?

Sealeen: It had to be, right? They let him in.

Sealeen: But the rumors were he died! And Seer Brahn was heard calling himself Grand Templar. What gives? Do you think it’s a coup?

Sealeen: Heh, sorry. Thanks for indulging me with this, Landen. I know I can get a little Templar-crazy sometimes.

Sealeen: Say, in all the commotion, we never did get paid by those Basitin guys. You think they were serious about hiring us?

Sealeen: Yeah, I guess we did kinda mug them first.

Sealeen: It’s a shame. One of them was kinda cute.

Sealeen: Hey, Landy? If Trace has come back to reclaim his position, what does that mean for the rest of the Templar order? If it came down to it, who would everyone side with?