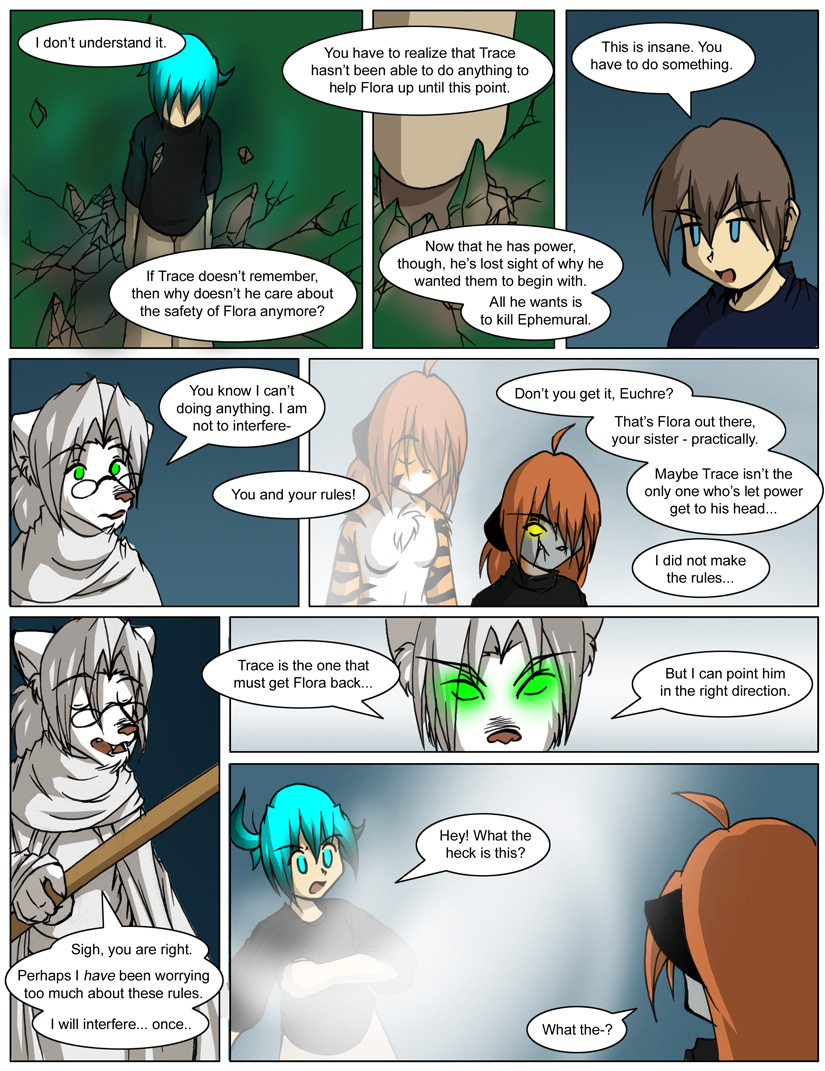 Sirus: I don’t understand it.

Sirus: If Trace doesn’t remember, then why doesn’t he care about the safety of Flora anymore?

Euchre: You have to realize that Trace hasn’t been able to do anything to help Flora up until this point.

Euchre: Now that he has power, though, he’s lost sight of why he wanted them to begin with. All he wants is to kill Ephemural.

Sirus: This is insane. You have to do something.

Euchre: You know I can’t do anything. I am not to interfere–

Sirus: You and your rules!

Sirus: Don’t you get it, Euchre? That’s Flora out there, your sister – practically. Maybe Trace isn’t the only one who’s let power get to his head…

Euchre: I did not make the rules…

Euchre: Sigh, you are right. Perhaps I have been worrying too much about these rules. I will interfere… once..

Euchre: Trace is the one that must get Flora back…

Euchre: But I can point him in the right direction.

Trace: Hey! What the heck is this?