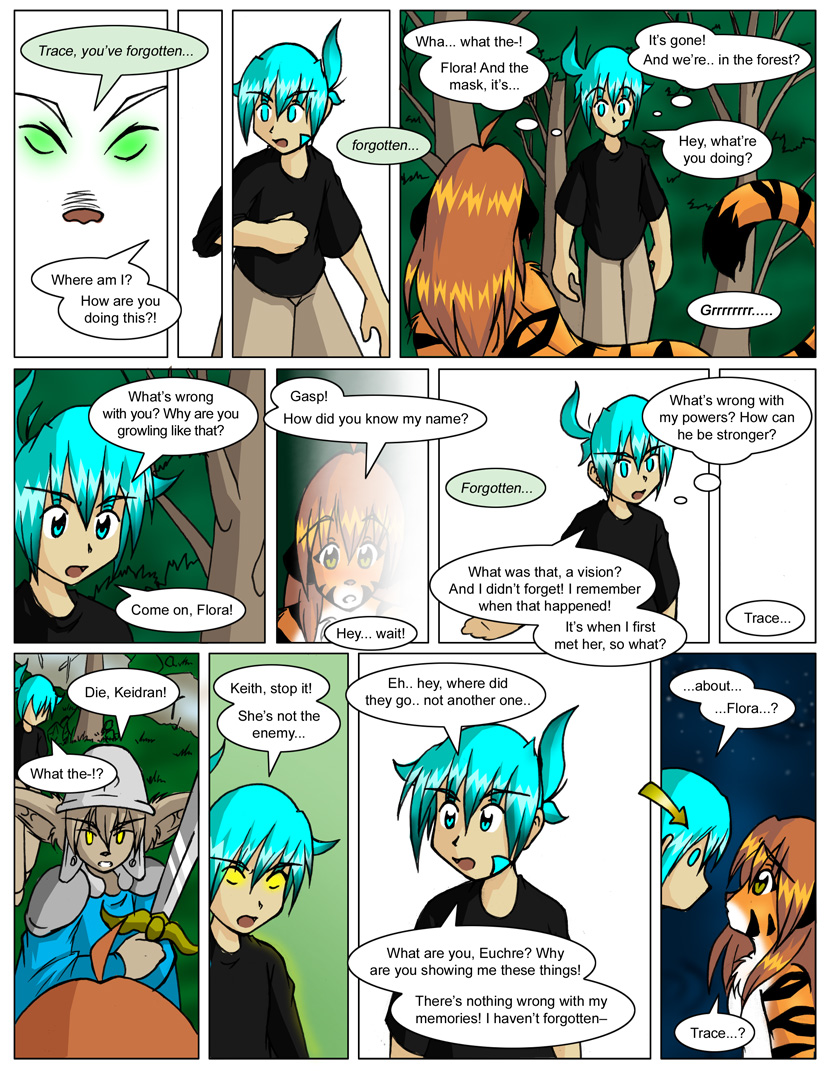 Trace: Where am I? How are you doing this?!

Trace: What’s wrong with you? Why are you growling like that?

Flora: Gasp! How did you know my name?

Trace: What was that, a vision? And I didn’t forget! I remember when that happened! It’s when I first met her, so what?

Trace: (thoughts) What’s wrong with my powers? How can he be stronger?

Trace: Keith, stop it! She’s not the enemy…

Trace: What are you, Euchre? Why are you showing me these things! There’s nothing wrong with my memories! I haven’t forgotten–