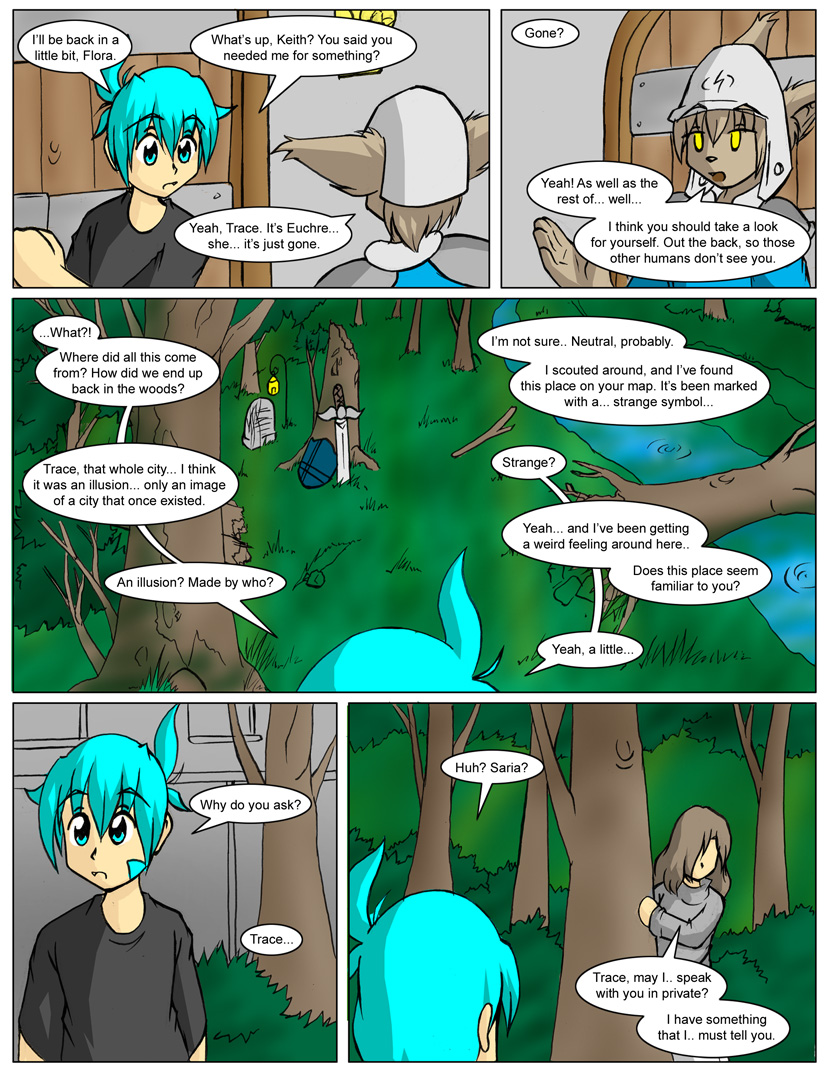 Trace: I’ll be back in a little bit, Flora.

Trace: What’s up, Keith? You said you needed me for something?

Keith: Yeah! As well as the rest of.. well.. I think you should take a look for yourself. Out the back, so those other humans don’t see you.

Trace: ..What?! Where did all this come from? How did we end up back in the woods?

Keith: Trace, that whole city… I think it was an illusion… only an image of a city that once existed.

Trace: An illusion? Made by who?

Keith: I’m not sure.. Neutral, probably. I scouted around, and I’ve found this place on your map. It’s been marked with a… strange symbol…

Keith: Yeah… and I’ve been getting a weird feeling around here.. Does this place seem familiar to you?

Saria: Trace, may I.. speak with you in private? I have something that I.. must tell you.