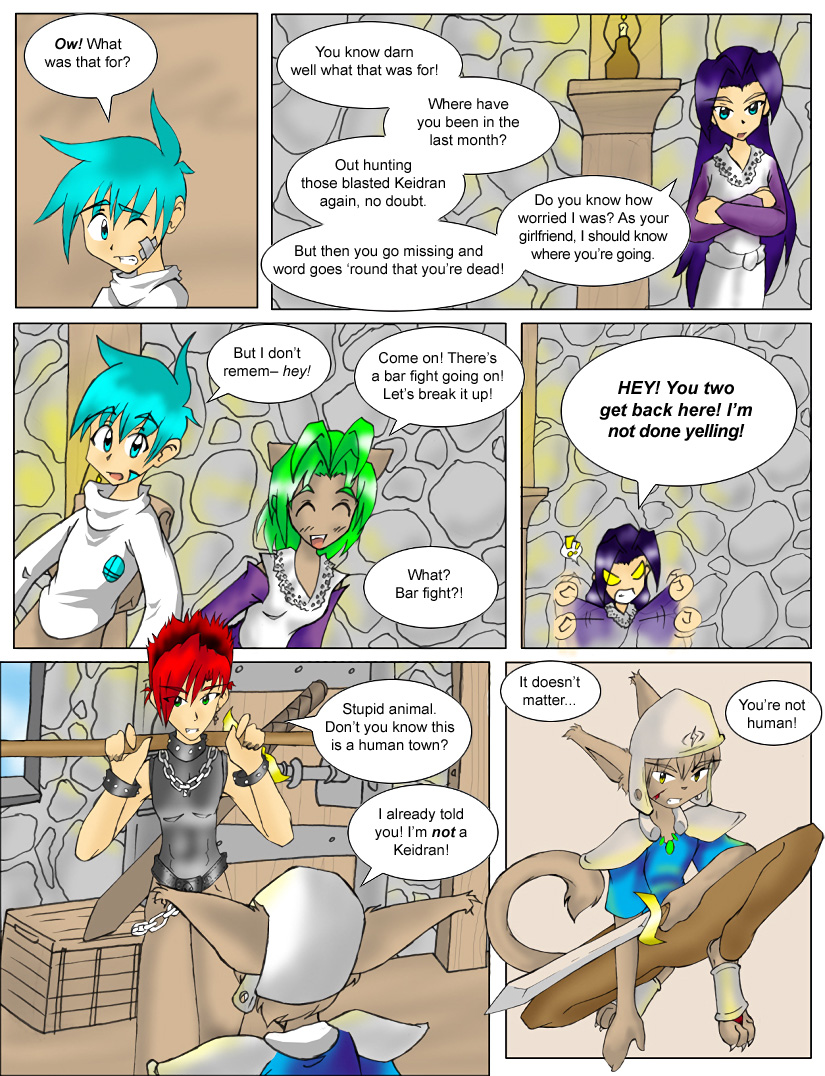 Trace: Ow! What was that for?

Maren: You know darn well what that was for! Where have you been in the last month? Out hunting those blasted Keidran again, no doubt. But then you go missing and word goes ‘round that you’re dead! Do you know how worried I was? As your girlfriend, I should know where you’re going.

Trace: But I don’t remem— hey!

Karen: Come on! There’s a bar fight going on! Let’s break it up!

Maren: HEY! You two get back here! I’m not done yelling!

Red: Stupid animal. Don’t you know this is a human town?

Keith: I already told you! I’m not a Keidran!