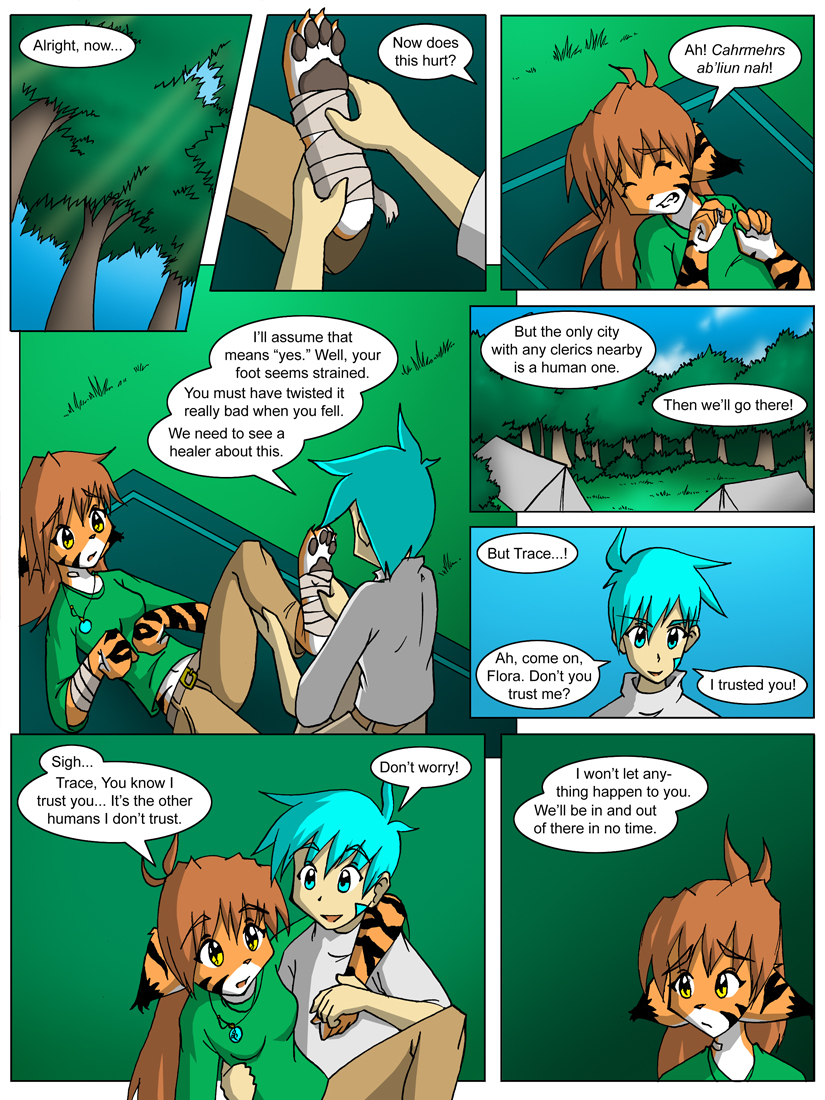 Trace: Now does this hurt?

Trace: I’ll assume that means “yes.” Well, your foot seems strained. You must have twisted it really bad when you fell. We need to see a healer about this.

Flora: But the only city with any clerics nearby is a human one.

Trace: Then we’ll go there!

Trace: I trusted you!

Flora: Sigh… Trace, you know I trust you… It’s the other humans I don’t trust.

Trace: I won’t let anything happen to you. We’ll be in and out of there in no time.