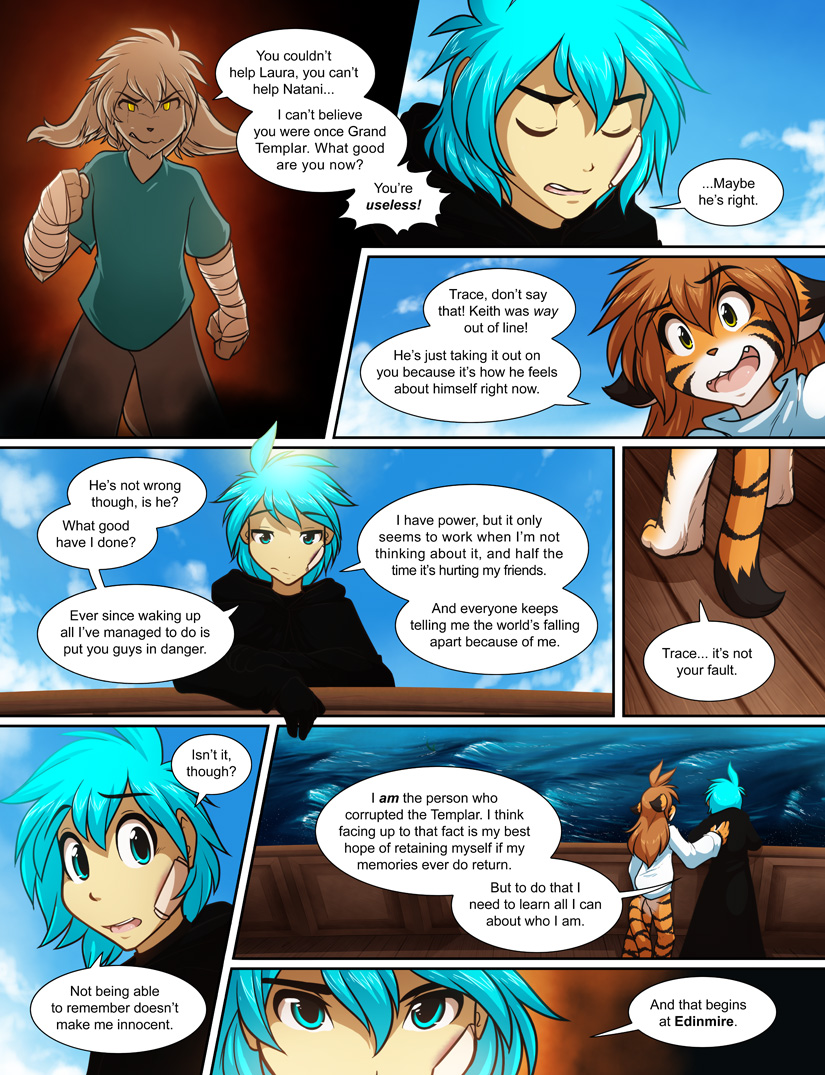 Keith: You couldn’t help Laura, you can’t help Natani… I can’t believe you were once Grand Templar. What good are you now? You’re useless!

Flora: Trace, don’t say that! Keith was way out of line! He’s just taking it out on you because it’s how he feels about himself right now.

Trace: He’s not wrong though, is he? What good have I done? Ever since waking up all I’ve managed to do is put you guys in danger.

Trace: I have power, but it only seems to work when I’m not thinking about it, and half the time it’s hurting my friends. And everyone keeps telling me the world’s falling apart because of me.

Flora: Trace… it’s not your fault.

Trace: Isn’t it, though?

Trace: Not being able to remember doesn’t make me innocent.

Trace: I am the person who corrupted the Templar. I think facing up to that fact is my best hope of retaining myself if my memories ever do return. But to do that I need to learn all I can about who I am.

Trace: And that begins at Edinmire.